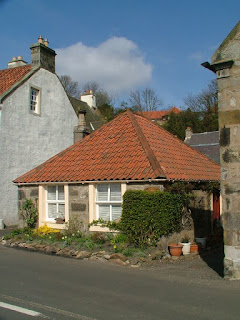 I'm not an economist but I really don't understand current expectations for the UK housing market. Journalists are watching to see when the housing market will recover recent levels. This article suggests we are closing in on 2008 levels. As far as I can see the UK housing bubble was caused in part by banks agreeing to lend up to six times your income on property, unlike the 2.5 times salary I was offered back in 1993 when I bought my first (Glasgow West End) flat for just £45 000 - a price which was not out of reach on a normal couple's joint income then. The same flat in 2008 would have cost more than £200 000 which was out of reach for a young couple just starting on the housing ladder. I thought the banks collapsed and were advised (or was it threatened?) to go back to more sensible lending. If banks can no longer lend six times your salary, then average houses can no longer remain at six times average salary levels, they need to fall in line with lending or there will be no housing market - just stable prices with no one able to move. So why are journalists still expecting the housing market to return to 2008 levels? Maybe we'll all need to move into teeny wee houses like this one!
Posted by Phyl at 11:19 am

Email ThisBlogThis!Share to TwitterShare to FacebookShare to Pinterest
Labels: economics