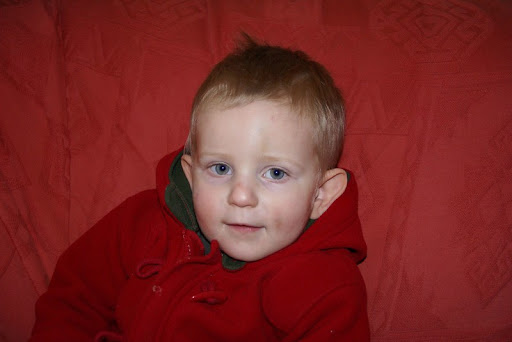 Once or twice over the past month I have found soggy letters addressed to me half way up the garden path. I assumed they'd blown out when the front door was opened in the recent stormy weather or even that a postman had dropped one or two sprinting up the path in the atrocious weather... until I was sitting on my couch the other morning in full view of my letterbox. The postman popped them through. Léon, who was playing with his train jumped up, shouted 'letters!' and dashed into the hall - I assumed to retrieve them, but no, he picked them up and posted them back through the door. He was doing the same as he saw the postman do, so wondered why I instantly started shouting at him.
Posted by Phyl at 12:33 am