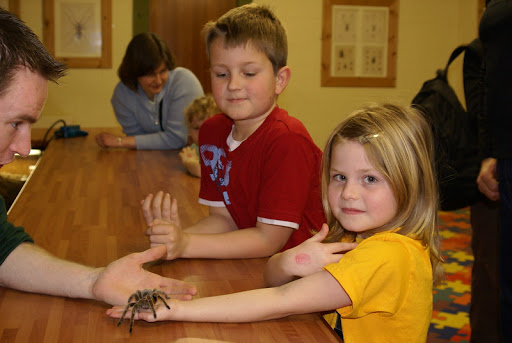 Sometimes bilingual kids have a different outlook on life. I was singing to Pudge the other morning: Incy wincy spider climbed up the spout. Down came the rain, and washed the spider out. Out came the sun, and dried up all the rain So Incy wincy spider climbed up the spout again. 'He's called Peter, you know!', he replied Huh? Apparently the Danish version of the nursery rhyme is called: Lille Peter edderkop (Little Peter Spider).

Oh and incidentally - there are about a dozen different English versions - I must sing the whole repertoire every morning to gain me an extra half hour under the duvet!