Sailing away from the darkness 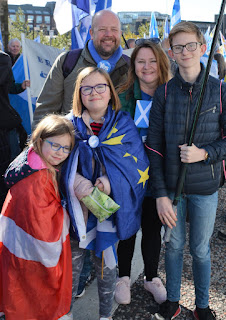 When we announced on our blogs a few weeks ago that we had decided to abandon the sinking ship, The National newspaper contacted us both and asked us each to write a piece on our imminent escape. Those articles in turn, were picked up on by the Danish newspaper Jyllands Posten and they too asked us for an editorial.

The article will be published tomorrow and is behind a paywall, but I'll upload it once the paper newspaper comes out and Thomas takes a picture of it or scans it in, but in the meantime, I had to share the cutest thing with you...
(Update: here it is) 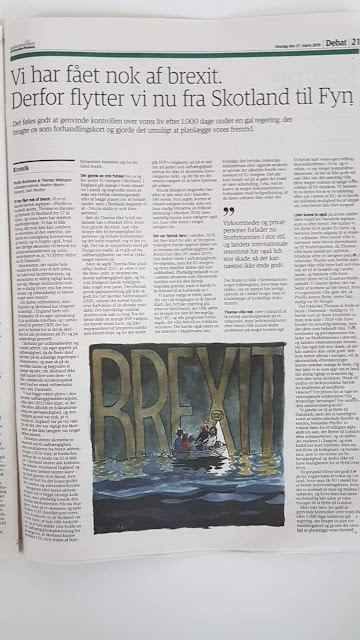 They asked me for a photo of us and the kids who are leaving with us to use to illustrate the article, so I sent them my Facebook profile picture, assuming they'd use that, but instead, they had their caricature guy draw this! Isn't it the sweetest thing you ever saw? They got Amaia's hair length wrong as it isn't visible on the photo, but other than that we're definitely all recognisable, right down (or up) to Léon's ears! 😂 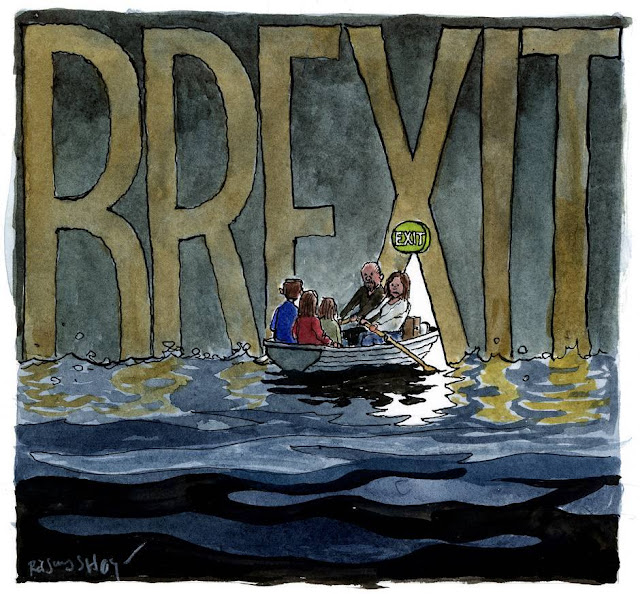