The beginning of the end of childhood 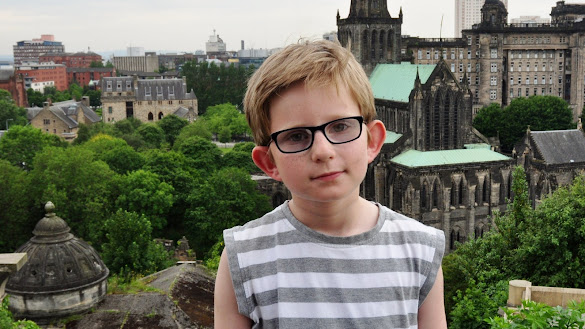 Having been through it twice before, I am more in tune this time round. Léon will be ten in two months time. Of course, he is still a little boy, but the beginning of the end is already there, if you look closely. Most clearly for me is his attitude to play parks. I remember that with Marcel too. He went almost overnight from running around like a daftie, to looking bored and restless every time we went to one on a Saturday afternoon. (With Charlotte it was more apparent with softplay - she went from climbing to asking for a coffee and sitting watching Léon!)

Twice during these holidays I have taken Léon to a play park: Rouken Glen and Chatelherault country park. At the country park, he bounced off like a gazelle and climbed 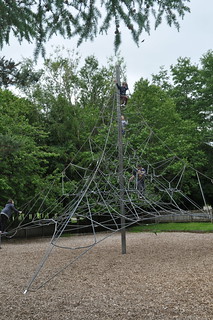 quickly to the top of the tall climbing rope, but then as the girls moved round all the other objects in the park, he simply sat down on the bench with the adults and Charlotte and watched. He wasn't tired or sad, just a little beyond that point, as if he no longer needed to swing. He was happy to chat to us but I could see his interest in these childhood delights was waning. He was far more interested in the forest at the country park as it offered a greater challenge. 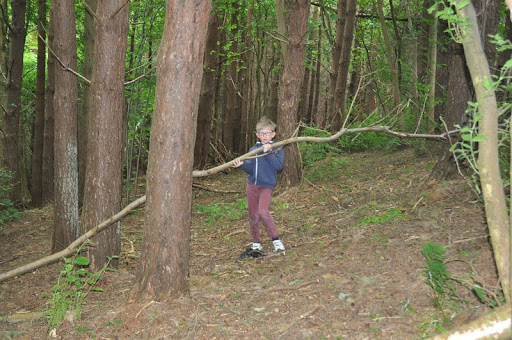 Then last week I took him to Rouken Glen. That's a park he has often visited so it holds no challenges. From the outset, he just wasn't engaged and stood chatting to the adults. Even six months ago in the same place, he'd immediately have run off and befriended the first male child he saw and climbed with him. Now he wants to 'chill'!

But there's still some time left. I could see he was much happier to be dumped on a beach the following day with the remit of exploring the rock pools.

I guess it is a wake-up call to open my eyes and witness every last minute before, he, like Marcel before him, leaves childhood behind him altogether. There's a bitter sweetness involved in it all. As I watch childhood die, this time round at least, I know that what you get at the other end of the process is a true friend who you enjoy spending time with and talking to as an equal!

Marcel last came on the family summer holiday at 15. He would love to still come on that (not that we're having one this year) but he also wants to go off alone and return to recount his exploits. That gives me five more summers to relish.

How fast childhood passes when you're the parent.
Posted by Phyl at 11:39 am