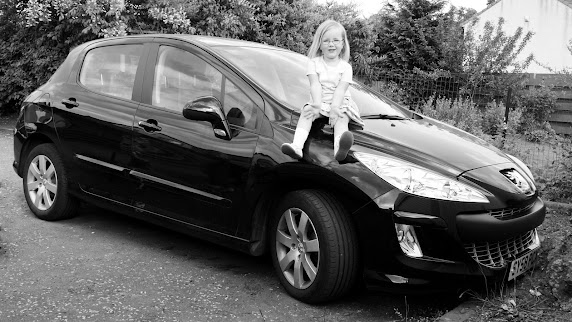 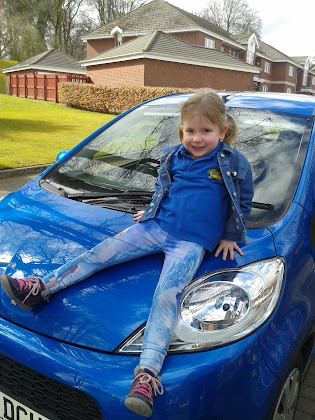 So one day into my attempt at positive thinking - that would be yesterday's resolution to drive nice places all summer and pretend we're on holiday in Scotland, everything has hit the fan in our usual fashion :-(

I go out this morning to go out shopping and the big car (that is the car that was the little car till the last winter because it is a five-seater, now, in comparison to the blue biscuit tin,   it is positively huge because I can get four of my five kids into it...) and it is dead as a dodo. Worse still it tells me there is a fault with the immobilizer. This is not a dash message that would necessarily have made me suicidal a year ago, but given it was one of the last
messages the people carrier sent out before it died spectacularly in a January snow storm, forgive me if I wasn't calm.


I opt for a trip into town in the biscuit tin while Thomas calls the breakdown service. Five hours later I am meant to be relieved as it has been diagnosed with a dead (and needing replaced at about £100) battery. But, that was the very first ailment the people carrier suffered. Today, I have mentally been through how to get my kids to school on the days Thomas is out on business with no car when they go back after summer (because Thomas needs a car to go into the office two days a week). I have mentally been through how get anywhere all summer with seven people and one four-seater car. It may not be dead this time but reality has come crashing down. Last year the Citroën dealer mechanic told me that modern cars tended to last between eight and ten years, the black car is seven years old. It has done 5000 miles less than the people carrier had done when it blew up. So I need to work out how to reach a point some time in the next year, before it starts draining the empty coffers on a monthly basis, where I can replace it. There's no visibility, so I guess it will be a bit like sitting back and watching the car crash that is our life, slowly as a spectator. I can hardly wait for another year of stress. After eight in the trot, we should be getting quite used to it by now. Whoop-de doo.
Posted by Phyl at 11:38 pm