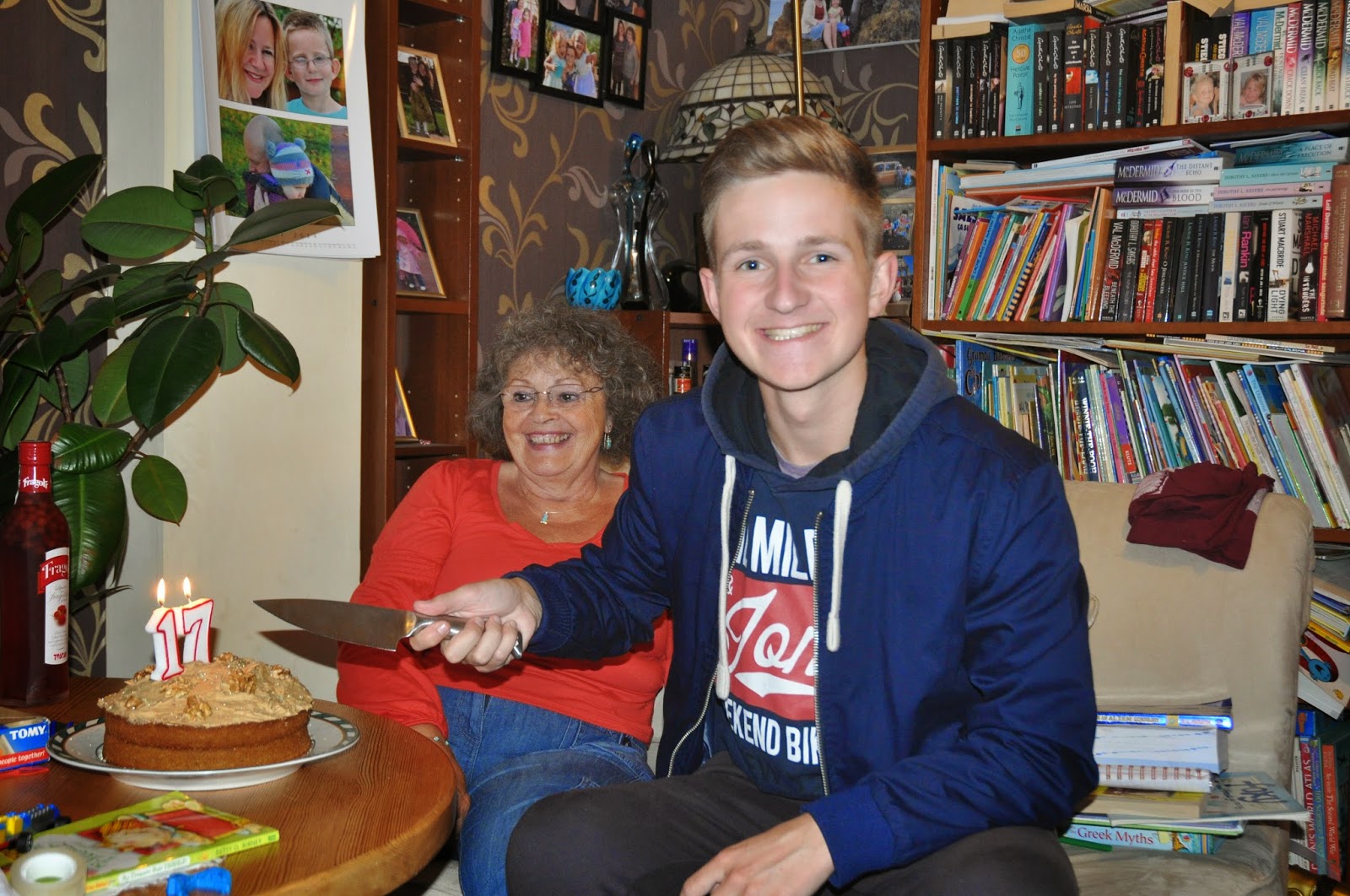 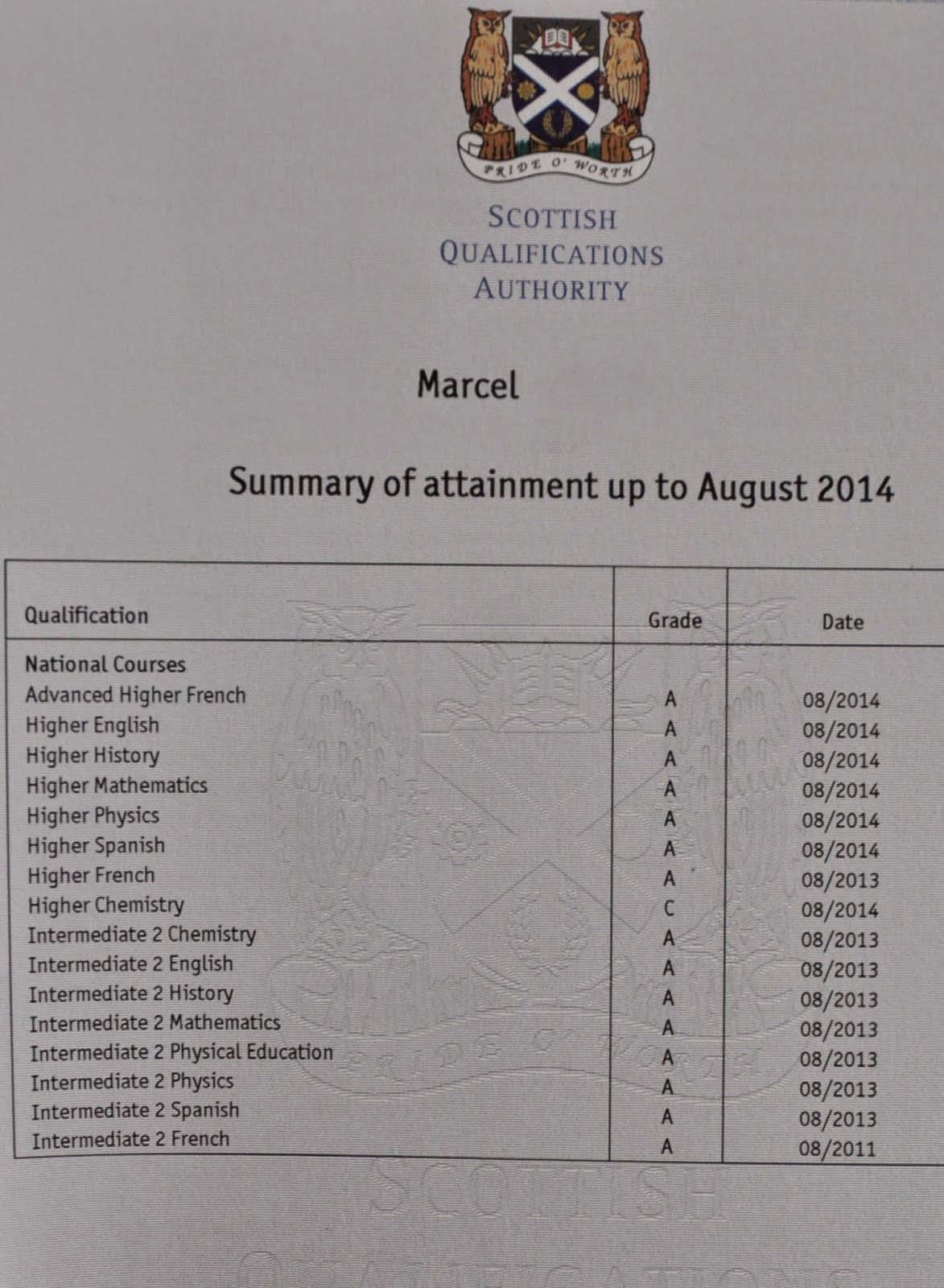 I was trying to think about what to write about Marcel today. But I think this (doctored to remove candidate numbers) speaks for itself:

Despite having to cope with a fair amount of upheaval in his 17 years - my divorce, the death of his beloved Pumpa over two of the most important years of his schooling, his abandonment by three members of his French family, the complete breakdown of his relationship to his father, who he hasn't seen in over 2 years, our own financial difficulties since the start of the economic downturn and their effect on him - he was one of very few kids in his school who had to work every morning before school since the age of 13 and who now works weekends and evenings in a shop to support himself, he has managed to achieve school results, the likes of which I have never seen. The brightest Scottish kids take 5 Highers in their 5th year and uni entrance is based on these results. Very, very few get 5 As - so few they make the front pages of local newspapers. Marcel decided, completely of his own choosing and determination, that he didn't want to take 5 Highers, but instead to take 6 and also schedule in one Advanced Higher (something you don't sit till a year later). Of course the school timetable only allowed time for classes in five, so he took it upon himself to teach himself both Spanish and Chemistry from a book, with no tutor and no teacher. A few times we asked if he hadn't bitten off more than he could chew, especially given his work commitments and because he's a popular and sociable kid too, who enjoys a great social life but he stuck with it and got not 5 As, which was the best possible result in the country but 5 As including an A in the Spanish he taught himself and a further C in Chemistry (how you can teach yourself that without a science lab is beyond me!) and an A in his Advanced Higher too. Seven exams in one sitting, six at grade A is not something I have ever read about any pupil in Scotland achieving, so what can I say? Proud doesn't come close.

I love my little boy, even though he's now my big boy. I imagine this transcript will open many doors to him at the end of school next year. I hope that whatever he chooses to do with these results will bring him peace and happiness in his life. Well done!
Posted by Phyl at 12:40 am