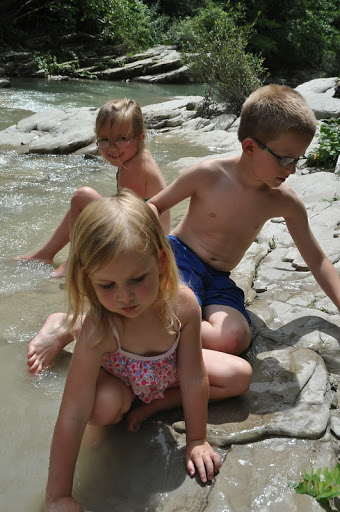 Thomas and I are slowly coming to the conclusion we had our kids too late... I know I couldn't have had them much earlier, given when we first met and there was the small matter of getting he who shall not be named out of the picture first but in an ideal world it wasn't quite right... It is not that I am one for regrets and I do enjoy our summer trips to the warmth but from a linguistic and cultural point of view, the kids are not getting to know Denmark at all.

Because their farmor retired within months of Anna's birth she lost her big manse and at the same time we lost our base in Denmark and our ties to it. As a family, I am the first to admit we are an overwhelming (if friendly and helpful!) package and therefore can't really impose ourselves on people who are not family, but when Thomas's parents moved to a one bedroom flat, we simply no longer fitted. Of course things were further complicated by their larger, holiday home being in Tuscany. Most kids' school holidays are in the summer and they are always in Italy in summer and that's where there is room for us so Denmark was out. The upshot is that each of the three little ones has only set foot in Denmark one single time since their (respective) 2nd birthdays. So none has a real feel for Denmark as a country and culture. Although they are being brought up speaking Danish, they have almost no contact with Danes and none with Danish children their own age. Of course they are spoken to in Danish in Tuscany (and Scotland) by Thomas and his parents but all around them the conversations in the shops, the parks and the cafés are in Italian. When we are invited to dinner in Tuscany it is either by Italians 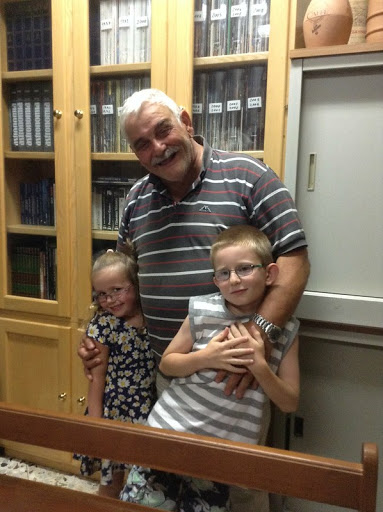 or my father-in-law's German relatives 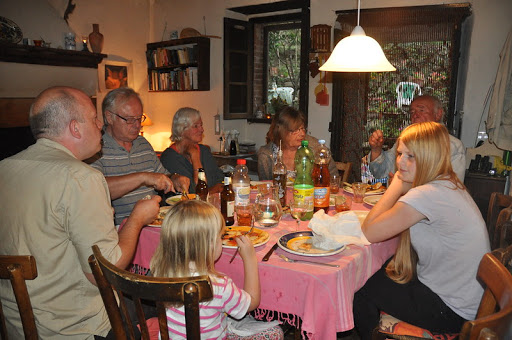 so instead of sitting for hours at the dinner table taking in at the Danish being spoken, they sit somewhat lost and restless as everyone speaks Italian or German (which  they do not understand). It is a shame because I remember well how much my older two benefited from sitting in the family house(s) in France with everyone inside and out conversing in French and the TV on in the corned of the room also in French.

I can see very little opportunity in the future either to visit Denmark, especially as my in-laws are imminently moving to Italy for more of the year, so Denmark will become a strange, mythical place to them. I've been to Copenhagen a couple of times and think Marcel would love to study there, at least one year, but he hasn't so it is not on his radar despite his fairly decent passive Danish. I also feel my own Danish has hit a wall I will not get over without ever setting foot in Denmark. I was last there over four years ago. I understand almost all of what is said around me but my grammar and my ability to pronounce the strange sounds of that language drown in the Italian that comes much more naturally to me (I have a degree in Italian). It saddens me so must be soul-destroying for Thomas to know the kids will never really know their background fully. I doubt the little ones will consider Denmark as a destination in the future either as it will not evoke warm childhood memories for them, but strangely neither will Italy because the place they hold dear is a strange sunny, Danish-speaking house lost in the Italian mountains. I don't think they fully grasp what Denmark and Italy are - they are condemned forever to be in a strange cultural and linguistic limbo.
Posted by Phyl at 12:03 am