Did I blink and nearly miss it? 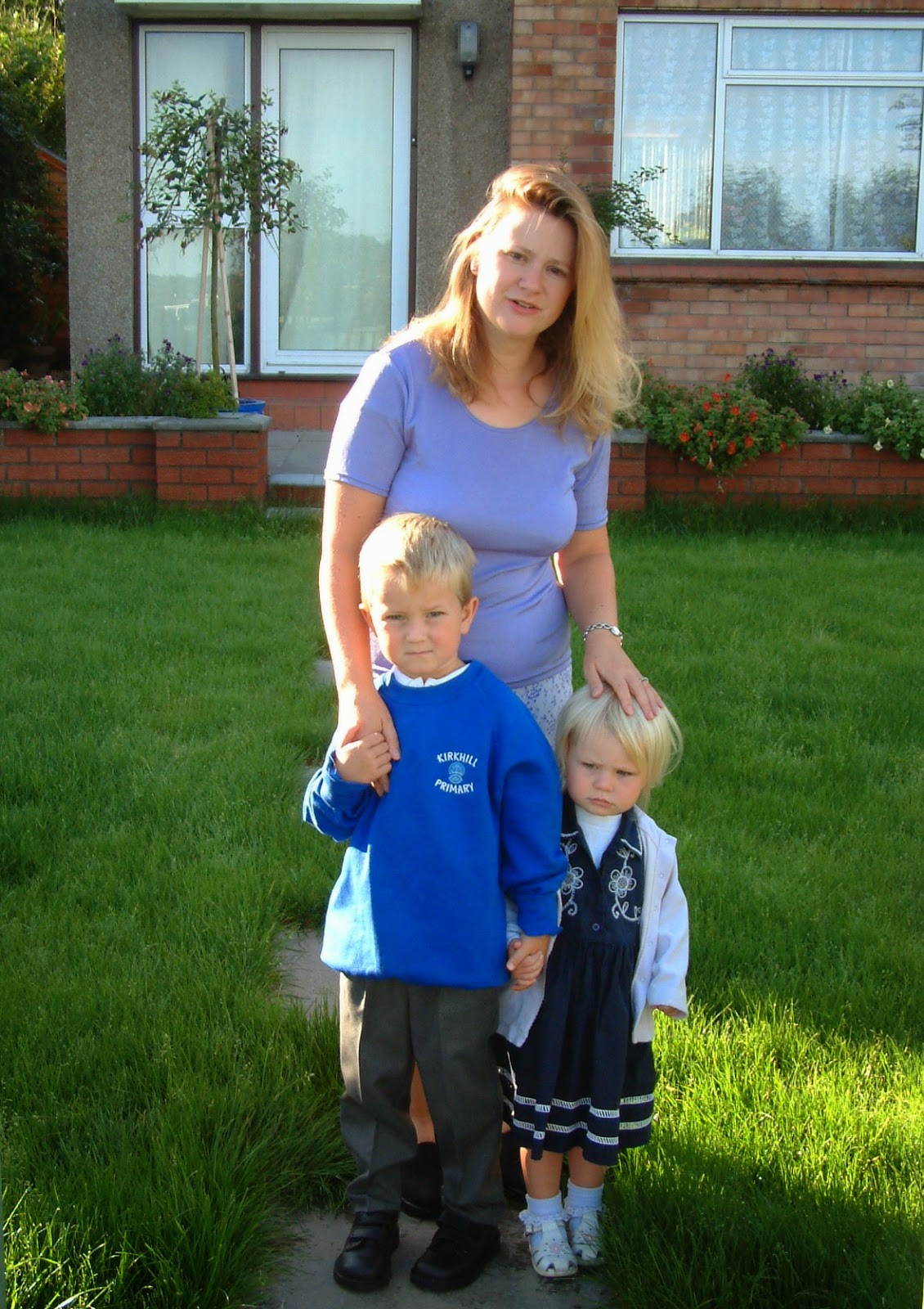 Twelve years ago I walked this little boy to school for the very first time, his two year old sister in tow. We posed for the obligatory first ever 'starting school' photo on the front lawn. It feels like yesterday. I still remember the warmth of the air that day and the anticipation. I remember him waiting in line to go into his class, alone: no parents on the first day. I remember hanging about to pick him up when he came out, proudly having drawn a self portrait entitled 'My first day at school'.

So much time has passed in his life since then, so little in my own. My 'back to school' photos now have a line-up of five, not two and my boy now towers over me by twenty centimetres but it is hard to believe today's was already the last ever full-family 'back to school photo'. They were never all at school at the same time. Amaia could, of course, have started today but partly because she is so small and still too tired for a whole day, and also because I know how quickly this thirteen year period passes, I have deferred her school start till next summer. Marcel won't start uni until around October next year so has promised to come outside next August and stand in the 'back to school' line up wearing his dressing gown and slippers. I hope to convince him by then that wearing his 'Leaver 15' sweatshirt might make for a slightly more presentable picture!

I saw many friends last night on Facebook sharing poems about how hard it is to take them to school that first time and start the process of letting them go. It doesn't get any easier when you know the next step in letting go is watching them leave your house forever, to make their own home, however proud that makes you feel. So I wish him well in his last ever year at school, and await with dread and anticipation when he announces next year, where he is planning to go and study! 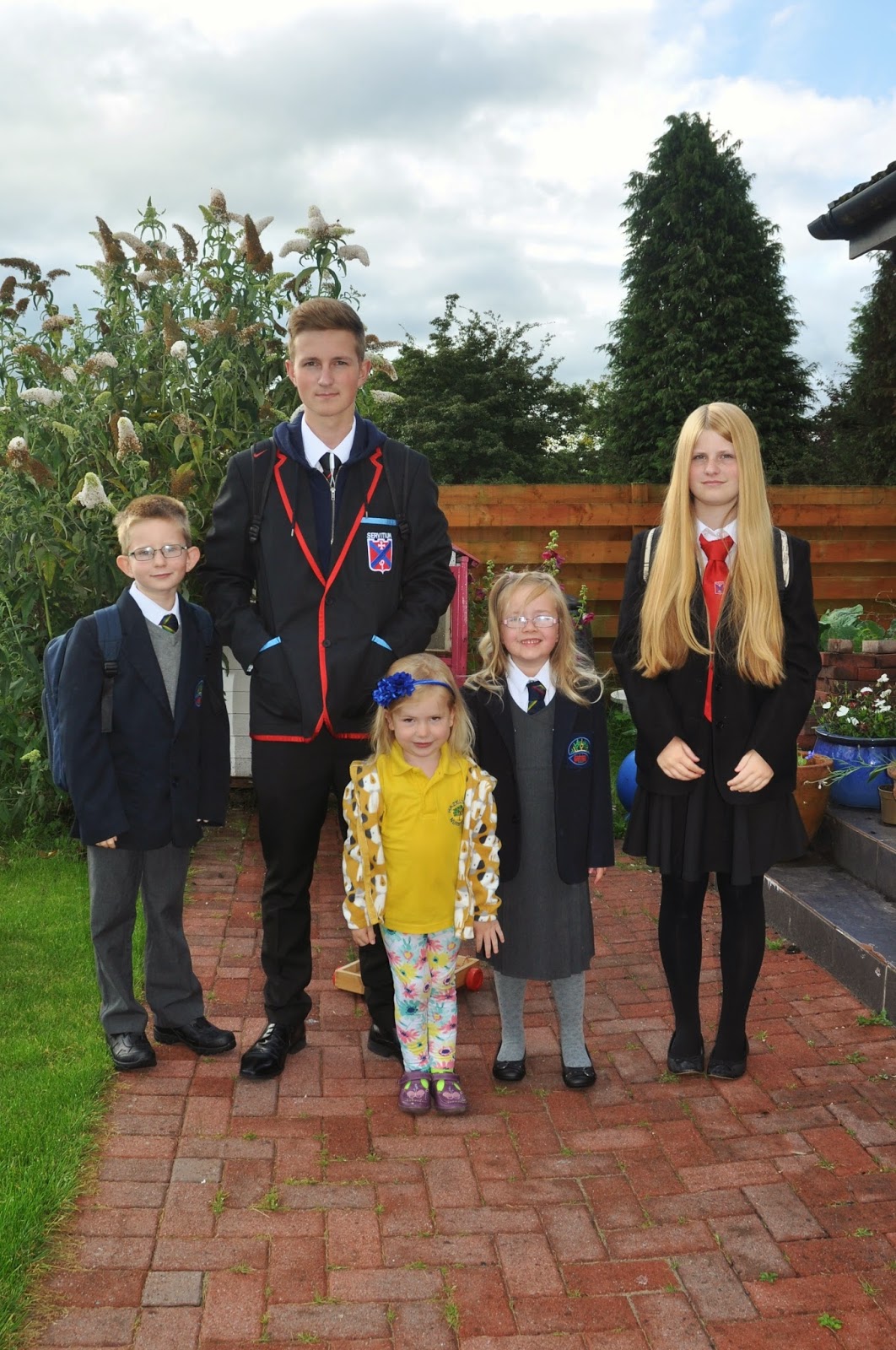