Léon can be naively sweet and innocent at times. 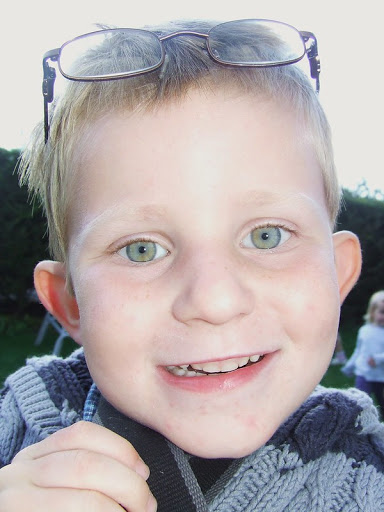 Two days ago we went shopping in Bibbiena. Because we have hired a five seater car, we have to leave two kids behind every time we go out. We left Anna and Amaia. Léon didn't really want to come either so to bribe him we offered him a fancy ice cream while we were out. Fearing meltdown on return, I told Léon that mentioning the ice cream to Anna might upset her. I don't want any taunting or teasing, I told him.
We returned and sweetly he remained silent all afternoon and evening.
I asked Anna what she had done with her grandmother while we were out and she told me about playing in Margaret (next door)'s paddling pool. Léon was a little put out - saying he'd have preferred to play in the pool too.
Taking them to bed, I assumed I'd got away with the ice cream...
What do you fancy doing tomorrow, Pudge? I asked.
I think I'd like to play in Margaret's pool, he said, then quizzically added pointing at Anna - she won't get a secret ice cream while I'm over there, will she?
So sweet!
Posted by Phyl at 12:26 pm