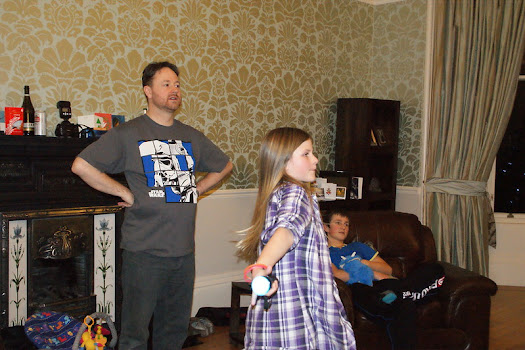 Léon keeps talking about Moshi monsters. I am not actually sure he knows what a moshi monster is but he hears everyone else raving about them at school so wants to be in on the trend. I decided to adopt him one but was a bit snowed under with work and life so asked Charlotte to read up on what you were meant to do with it on the web page.

She came down the other night and announced it was some kind of tamagotchi-like thing that you had to feed, play with and stimulate to keep happy. When you log on it asks for nutritious snacks and new decor for its house that you pay for by earning money doing general knowledge and mathematical quizzes. No issues there - or so I thought...

But I hadn't banked on my daughter turning out to be some kind of sadistic lunatic! With a gleam in her eye, she started force-feeding Pudge's monster bowl after bowl of soup to see if she could make it explode! She then tried giving it 20+ cans of juice in a similar (failed) attempt to kill it! Around midnight I caught her googling 'how do you kill a moshi monster'! I began to worry I was raising some sort of psychopathic offspring.

On Sunday my brother dropped by... my respectable, 40 year old (this week), lawyer brother. I started to recount what moshi monsters were and how they functioned with a view to asking him if he thought Lots's behaviour was worrying. Before I got as far as that though, his eyes lit up like the little boy I remember from my childhood and he mused - I wonder if you could starve one to death or overfeed it!

Bloody hell - it all came back to me - the jars he'd caught wasps and bees in at 10, the bugs he'd used a magnifying glass and sun rays to heat till the popped. When I told him about Charlotte's behaviour he simply looked proud rather than appalled. So if my daughter is a psycho, I guess the gene comes from her uncle!