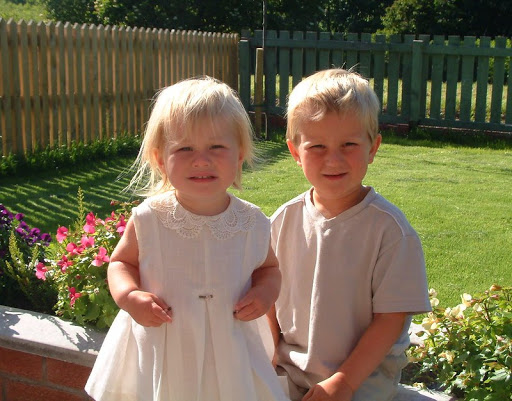 Tonight Thomas and I were discussing bilingualism and translation. As a child he hated being asked by fellow pupils to provide German translations for their homework because translation doesn't come naturally to bilingual children. Things are probably worse for the British bilingual child as we have such a poor record of language learning and understanding. I know exactly what Thomas means given that I am the mother of bilingual (and trilingual) kids. Most people I know are now used to the concept of my kids so it is now rarely mentioned but when Lots and Marcel were still preschool, it was a hot topic with many who met me. As many Brits have never met a bilingual person, they would often say things to me along the lines of Wow - he's only 4 and he speaks two languages already, that's amazing. Then they'd turn to Marcel and say What's the French word for green beans? What's the French word for hoover? Marcel of course would look blank because bilingual kids don't translate naturally, they just think in the other language. He'd look really puzzled as the adult usually followed this up with - Oh I thought he was better at it at that... can he even say cat or car in French then? I would often then turn to him in and say in French What do you call the vegetables Oma grows in her garden? Quick as a flash he would reply des haricots verts. I would then ask, again in French What do I use to clean the carpet? and of course he'd reply l'aspirateur, pourquoi? You simply have to switch the bilingual child to using the French part of his brain by speaking to him in French. Translating is a totally different skill. Finding the equivalents in your two native languages take much longer, as does the concept of not translating something word for word. Even tonight for example, because Thomas and I had been discussing the two different concepts I tested how the land lies now Marcel is 11. I nonchalantly asked him over dinner 'Tu veux boire quelque chose? and he said yes. Two minutes later, once he'd had time to forget the spontaneous conversation, I asked How do you translate Do you want a drink? in French? Now, old enough to understand the concept of translating, he answered Tu veux une boisson? I then asked if that is what a French person would naturally say and he wasn't sure. Instead of swapping him onto his French brain when he'd have said Tu veux boire quelque chose?, he had simply translated literally. This is such an archetypal bilingual error. What has happened between 4 and 11 is that he has now mapped individual words from French to English, and he can think and speak in either, but he hasn't yet realized the final link - that to translate well, you translate the meaning NOT the words. I wonder if bilingual people as adults make the best or the worst translators. I certainly feel as someone who was not born into a bilingual context that the better I get at a language, the worse I get at translating to or from it - I start to function semi-bilingually - by splitting my brain into different language compartments. Interestingly, or maybe even perversely, the usual pattern in a bilingual family is for the older kids to reply in the language of the country they live in (the language they use in school and with friends) to the questions asked by the foreign parent in their other main language. This two language dialogue which I have witnessed between French André and his German mother, my Scottish kids and their French father, Danish Thomas and his German father and that I myself have often used in France with German relatives is one of the most fascinating aspects of true bilingualism.
Posted by Phyl at 9:58 pm