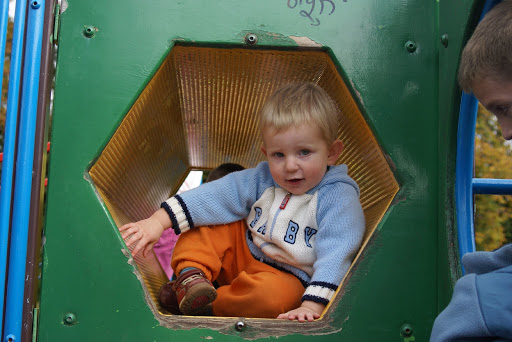 Tonight Léon managed his potty for the first time ever! He was so sweet. We've been asking him to sit on it and get used to it now for a good 2 or 3 months every night before his bath. Tonight we asked him to sit on it while running the bath and went into the kitchen. Léon came running in naked and then took us through. Suddenly he looked rather apprehensive. When Thomas and I started shrieking, he looked positively scared but as he listened and realized we were telling him how clever and grown-up etc he was, a broad smile suddenly came across his face. Thomas gave him a wine gum worm as a treat and he spent 15 minutes chewing on it repeating to himself in several languages quite how clever he was!
Posted by Phyl at 10:39 pm