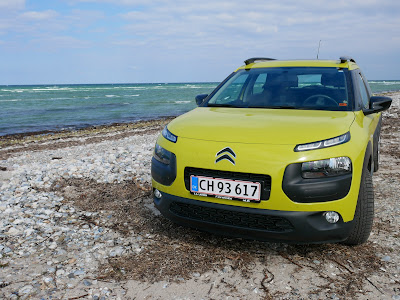 At home, I found petrol prices would hover around a figure, shifting very little until there was some spurt or other, then they'd jump a couple of pence and stick again. Almost all garages in the one area are within a penny of each other, rural places are more expensive and motorway service stations are best avoided price-wise. That is how things have been since I first got behind a wheel in '85.

I'm starting to notice Denmark just isn't like that. At first, before I had a real handle on the currency, I didn't notice much so I decided to try to work out the cheapest garage between Bogense, where I was living at first, and Morud, where the school was (a 21km stretch). The first thing I noticed was that as I got closer to the big city - Odense - it often got dearer, not cheaper - odd. The next thing I noticed was that it was not overly predictable which would be cheapest on any given day and finally the price would fluctuate more than I was expecting.

So, over the last month I decided to observe it much more closely. There are three main garages near me - two supermarkets and one Shell. Not only does the price fluctuate wildly between around 10.19 and 11.39 a litre (approx £1.15 & £1.29), it can go from one to the other and back within the space of 24 hours. I'd go as far as to say the price changes every single day, sometimes twice a day. I have concluded that whenever the price goes above 11 Kroner, I simply should wait till the following day when it'll be back down nearer 10. It's really odd to watch. (I've also now worked out that the Netto supermarket is definitely always the cheapest near me, if anyone happens to be in my neighbourhood.)
Posted by Phyl at 11:00 pm