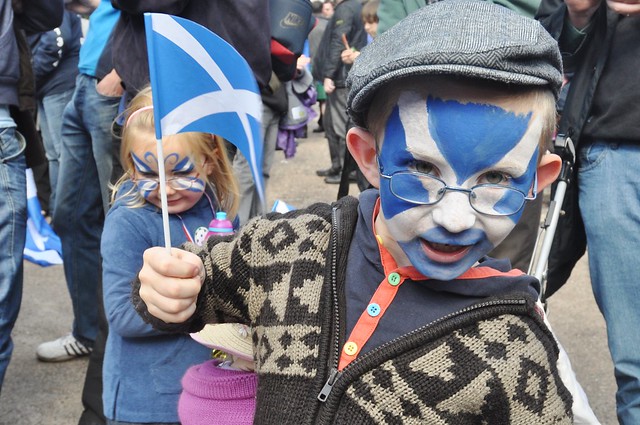 A friend sent me this link last week. We often joke with each other on social media as both her kids' photos and mine are often use to illustrate Indy-themed newspaper articles, posters, videos (3:43) and similar. (I'm sure this is simply because I have tagged so many of them as creative common on flickr.)

So on Saturday we popped along to the George Square Hope over fear anniversary rally. The kids know the routine by now. You get flags and face paint and generally have fun. Léon sat down in the chair when it came his turn for facepaint, and the volunteer who was doing the painting stared at him. He took off his glasses and she stared again pointing. 'It's you!' she said. Then she turned to me 'It's him!' I was confused. I didn't know her. Then she elaborated, somewhat awestruck: 'It's the wee boy from the newspaper articles and the posters, isn't it?!' I've never been great with faces so I would never have picked up on something like that myself, but it was sweet to see him starting to be recognized as 'that wee boy!'

Anyway, maybe her work will get him into another publication or two (these are quickies from my phone, I haven't uploaded the camera batch to flickr yet - sorry to keep his public waiting! ;-) ) 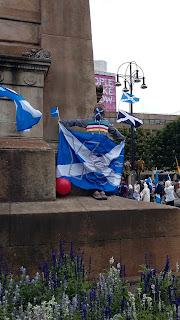 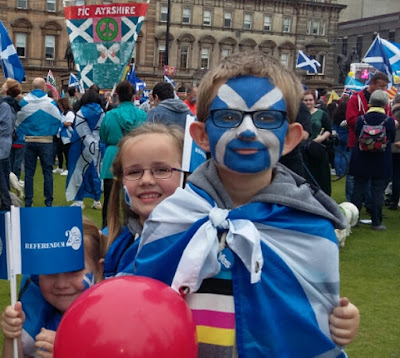