On the right track 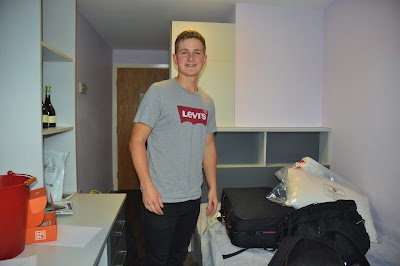 Today Marcel moved to Edinburgh. It feels odd not knowing if he's in or out or when he is in for the night. It's not the first time he's been away so I have spent the last four or five years slowly letting him go, but it isn't any easier, just because you know he's old and wise enough. I suspect my impressions of the new set-up will develop slowly over the coming days.

But one thing that did make me smile today is the knowledge that we must be doing something right. As Marcel ran around packing the car, the smallest three also seemed to be running around purposefully. As he hugged them goodbye, Léon stepped forward as spokesperson and handed Marcel £1-10 in coins. 'Look, we know it isn't much but we've all clubbed together to give you this so you won't need to worry about dinner and stuff like that once you move out!' he said seriously, handing over the cash he and his sisters had taken from their piggy banks for him. What sweet kids they are, even if it isn't going to get Marcel very far at all in the capital!
Posted by Phyl at 12:28 am