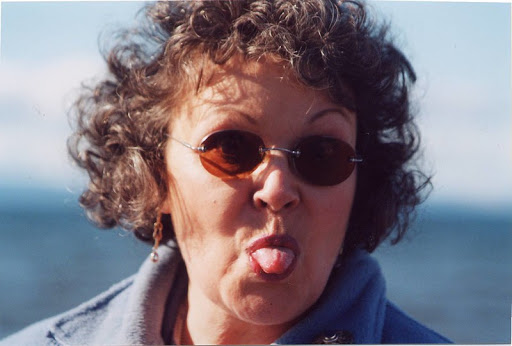 Mum's never got blogging. She's asked dad and I more than once over the years what the point is. So feel after yesterday's comment I owe her this post!

After a little chat with Phones 4 U, that took the best part of an hour, she came out with steam coming out her ears, and finally exclaimed - 'God if I was a blogger, I'd blog this!'

It started about six or seven weeks ago... Her old Samsung was playing up and it was her birthday, so dad offered to get her a new phone. She opted for the Sony Ericsson Walkman Mix. When the phone was about three weeks old, dad collapsed and was taken into hospital. Needless to say, mum has had other things on her mind than taking back her phone that had developed a few little hiccups. And with visiting hours the way they are, it was also hard to fit in. Mum needs her phone for two main purposes.


So guess which particular faults it developed? The alarm wouldn't turn off once it started ringing, and the phone kept reporting new voicemails when no one had called her - just what you need for your nerves when your husband of nearly 50 years is terminally ill...

So we went down to Phones 4 U and asked for a replacement. It was six weeks old, faulty and hardly used.
A completely ignorant little boy of about twenty first offered to have it sent away for repair. Sorry, sonny, you misunderstood - it is just out the box and faulty. With all due respect Missus, we don't do exchanges so I'll just send it away. It'll be back in about three weeks. Mum pointed out it was new and faulty, Marcel pointed it out, I pointed it out, Amaia gave him a dirty look but he went on to repeat no less than five times With all due respect Missus... until mum finally told him to kill off the parrot! We're a big company so we have a policy of not changing anything over 28 days old. Mum rang her lawyer, he too explained to the child that he was bullshitting but still no banana. He told her the only thing he could do was to tell head office. At this point I lent forward and said extremely civilly Do you think I could possibly speak to someone more senior, if you are unable to sort this problem out? He immediately and defensively jumped across the table at me with Don't you shout at me! I pointed out that I don't shout at people, I have no need to as I am quite capable of complaining articulately without raising my voice. He looked blank! In the meantime, he actually answered his company phone and spent 3-4 minutes organising a piss-up at a wee bar in Ayr on Saturday night with his friends in the most pleasant of tones before reverting to the obnoxious, defensive tone again to mother. After yet another explanation of how big Phones 4 U are and how they simply follow company policy at all times, I pointed out that mum was an individual with individual problems and should be treated as a human and not a statistic. He opened an email to head office and wrote: 'This woman has came (sic) into our branch with her phone, I have wrote (sic) a report that it is no working but she isnay happy'. He turned his screen round and asked mum to confirm she was happy with his report!!!  Mum's a bit of a grammarian and I could see from the darkening in her eyes that the boy's grammar was going to cause him to receive a knock-out blow, if he didn't watch out!

So we stuck to our guns and finally got to talk to head office and they eventually admitted it was difficult to leave a woman with a no phone for three weeks in these circumstances so gave in and replaced it - or rather authorised a replacement only to find they were out of stock. But I have to say the level of stress they put my mother through, despite us explaining her personal circumstances, for a phone that was just weeks old and only worth £65, was such that I will categorically say now that I will never consider setting foot in a Phones 4 U for any future phone purchases of my own (and I tend to spend more than £65). When companies become so large that human compassion is completely lost, they need to be avoided in my opinion.
Posted by Phyl at 5:43 pm