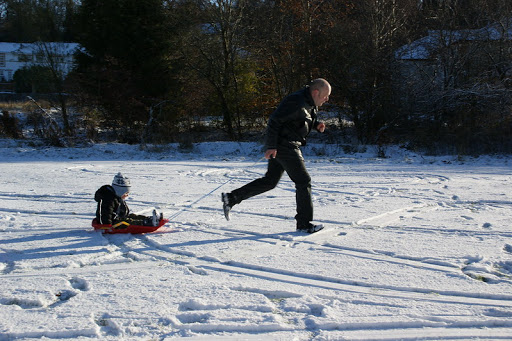 Thomas and I have both worked from home now since Léon was three. In the lifetime of a five year old, that's probably quite long. The other day one of his new classmates asked him home to play. His mother invited me along just to get to know another mum from the class. As we went to leave Léon said he wasn't ready to leave and wanted to play another little while. I explained we had to go because Fraser's mummy had to pick up his daddy from the station. Fraser doesn't have a daddy, mum. Léon replied. When I asked what made him think that, he replied that he'd been upstairs to play and there were no men working on computers in any of the upstairs bedrooms! He obviously has no notion of a parent going out to work and being missing for many hours a day. I guess he lives in a happy, safe world where the people you love are always on hand when you need them. I'm so glad the commuting days are over, for now at least.
Posted by Phyl at 3:40 pm