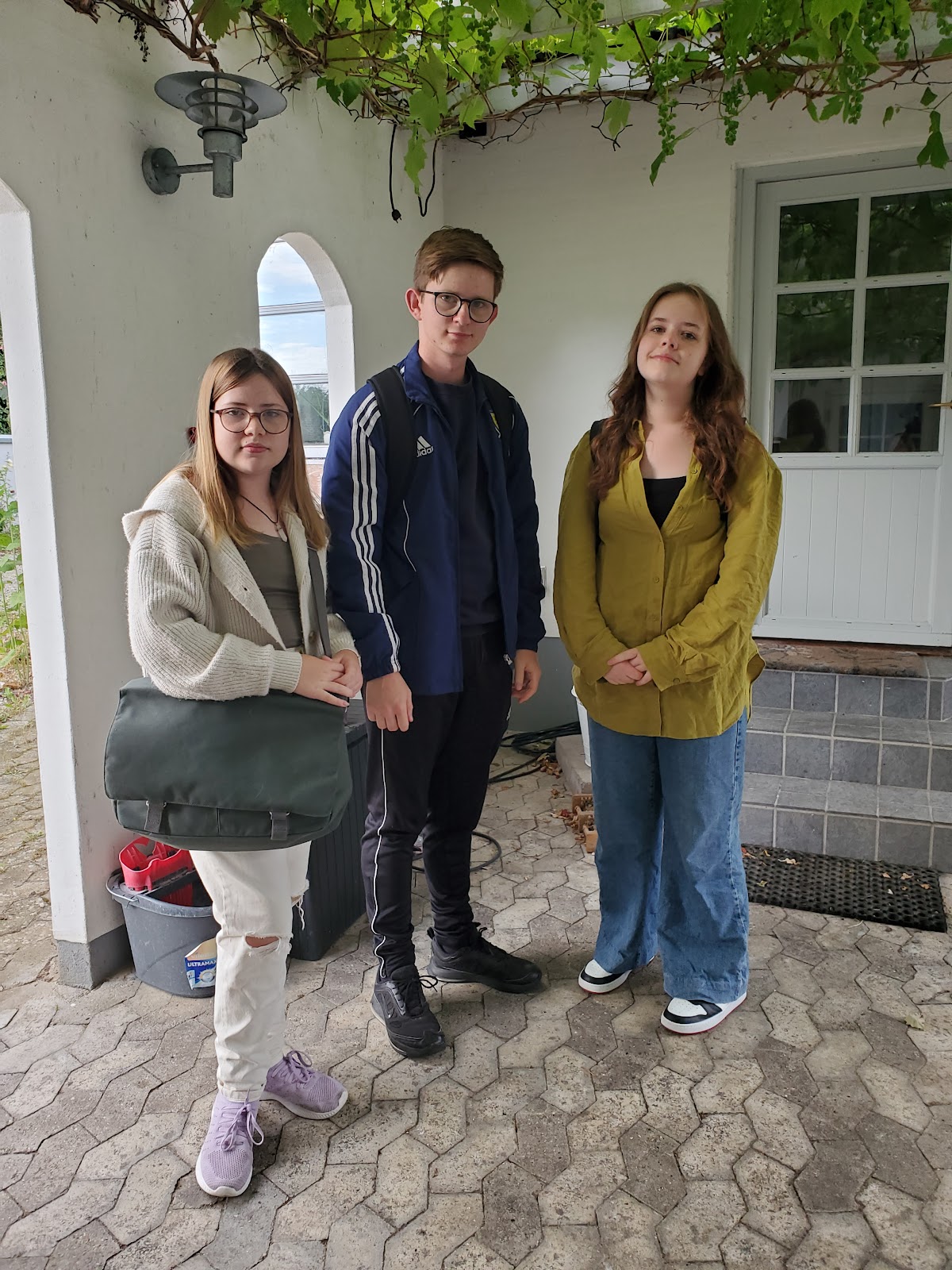 I have three kids living here in Denmark. All three have lived their whole life with me and Thomas, all three have grown up hearing Danish at home, celebrating odd things like Fastelavn and eating klejner at Xmas. All three sound completely Danish and are somewhere near the top of their class. Unless you have a conversation with them in English and suddenly hear their Glasgow accents, you cannot guess they haven't been here always. Léon, unlike the girls who have picked up standard boring Danish accents, speaks in the local dialect, with a rather Funen accent and I am often asked if he has ever left our island. Some aren't even sure he's ever left Stillebæk! There is only one thing that differentiates my three kids and that is their citizenship. Where Anna and Amaia have Danish and British passports, Léon has a French and a British passport. My marriage to Léon's dad, to be quite honest, was on the rocks long before Léon came along and I had moved in with Thomas before he was a year old. Léon has always considered Thomas as his father and last saw his biological father when he was 6 years old, (he's 17 now).

As EU nationals we decided to escape the UK when it went down the Brexit route. We did it more for the kids' futures than for either of us, as we could probably have just about muddled through in the UK till retirement, avoiding potholes and improvising toilet roll or whatever!

Until the early 2000s kids who grew up with one or more immigrant parents in Denmark, and who stayed in full-time education through to its natural end, could bypass some of the many adult requirements to gaining citizenship here. That seems only natural given they feel Danish, having grown up here. They didn't need to sit the fairly difficult language exam as they could show their Danish high school diploma instead. They were exempt from the fulltime 4.5 year work requirement, as long as they applied straight after school and went straight to university or further education. I'm not sure whether they got out of the ridiculous citizenship exam (that few Danes can pass, and the other week Anna's class tried in school and all failed). That was abolished a few years back unfortunately so now Léon has a mountain to climb. Léon is at Gymnasium majoring in Samfundsfag (which is like a mix of Modern Studies and Political science) and History, with Danish, English and Spanish all at the most advanced level. So it seems unfathomable to me that when he finally leaves school he needs to sit tests to prove he knows about Danish History, Politics and can speak Danish. Surely showing his high school leavers' certificate should be enough. There is no way he will fail the language requirement as it is two years below the level of his school certificate.

But while these requirements are irksome, the work requirement is the part that really angers me. To apply for citizenship, despite having moved here as a child, Léon will need work for nearly 5 years fulltime before he can apply. I have no doubts he will one day fulfil that requirement but by saying that only work, not higher education counts towards the citizenship requirement, Léon is indirectly being encouraged to go to work after school instead of university. He will leave school around 19 and a degree would take him to around 24, which would mean he couldn't start to work on the employment requirement for citizenship till his mid-twenties. He would therefore be nearly 30 before he could apply to be a Dane, something he already feels himself to be. He will have grown up here, gone through a Danish education system, and will have lived in a Danish family with a Danish father. He could have kids of his own before he is eligible to attempt to be a Dane!

Léon's young and impatient and although he is definitely bright enough for uni is leaning towards working first so he can become like everyone else. What kind of country pushes bright kids away from higher education, making them into second-class citizens, just to please the knuckle-dragging right wingers?