...or how to make your foreign residents feel like second-class citizens!

I have an ulterior motive for this post, and that is that I hate handbags, always have. It's the main reason I can often be seen sporting an ever-so-uncool bumbag, I just hate the need for a bag. It's a shame really, given my mother left two dozen, in every shade of the rainbow and every size when she died earlier this year. I could have satisfied my life's handbag requirements, no problem back in March, if only my life had required a handbag! I just want to be a bloke and wander about with everything I need in one pocket.

Now I know given the state of my home country at the moment, I really should complain about something so minor, but I feel I have to, given it is unnecessary.

Denmark, like many countries, requires you to have your driving licence on you whenever you are driving. Now that most people have all their credit, debit and loyalty cards scanned into their phones, the only thing left to carry about is that driving licence, or rather it was till a couple of years ago when the Danish State decided to make that an app on your phone too. Hurrah, I hear you call... unless you are a foreign Danish resident, that is😡. As a UK citizen, I was required to swap my UK driving licence for a Danish one back in 2019 when I moved here. I had no issues with that. I went to the town hall, swapped it, had them take a new photo of me to upload to it and one to put on their official centralised records. 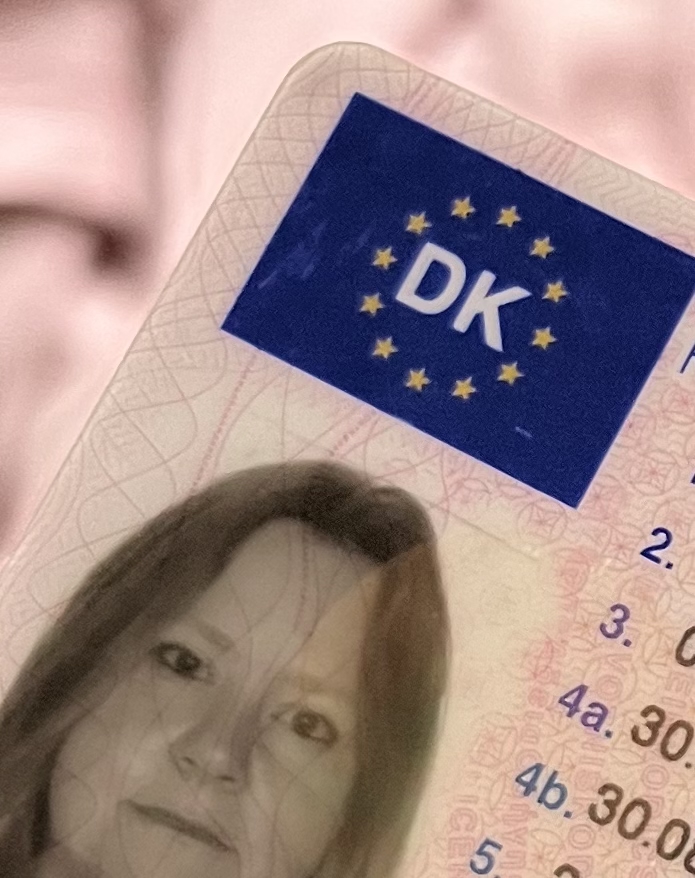 As a non-EU (thanks to the shitty Brexiteers) resident of the EU, I am also now required to have a residence permit to live here. That I did too over a year ago and have a foreign resident ID card which again involved a photo of me taken at the Foreign residents bureau and finger printing. So the Danish authorities have two official photos of me and one official set of my finger prints.

When I go on the driving licence app, however, to download it to my phone to make all my handbag-free dreams come true, it tells me I am not eligible to have it because to do so they need to access the photo they have on my Danish passport records. This works fine for all Danish passport holders and Thomas gets to go out with just his phone, but I still have to carry my wallet at all times because of my licence. How hard would it be for the app to give the following options? Retrieve photo from:

I tell you something. I'd definitely consider voting for the party that wants to introduce that after next week's general election... Oh I forgot, I'm not eligible to vote either. Sigh!