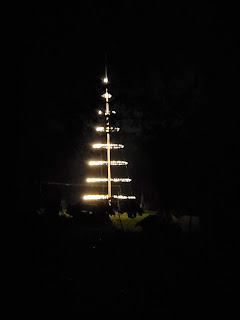 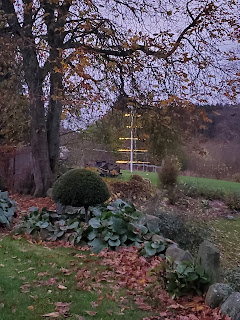 At first, just after the clocks changed, I thought Danes were all a wee bit over-eager with Xmas. Almost immediately people started filling their gardens with strings of fairy lights wrapped around bushes and up their flag poles. Brightly-lit shapes appeared too - stars, triangles and similar, but there were no Santas, reindeer or snowmen. Their houses on the inside, however, were the same as ever. My next door neighbour, who owns a Xmas tree plantation at the end of our field, had only just started cutting and bagging the bigger ones, and they are still lying awaiting collection or distribution. 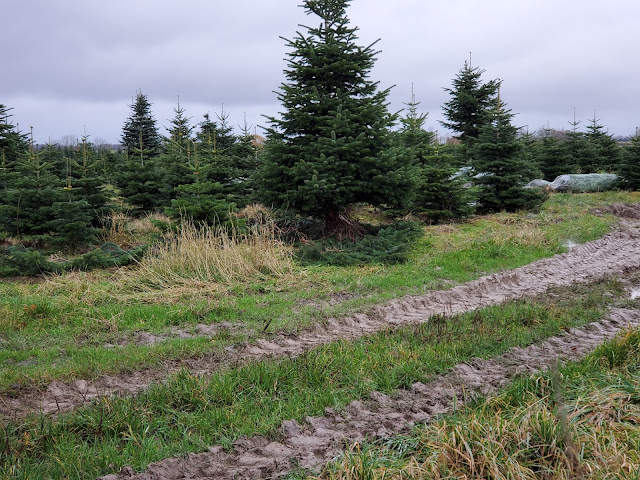 There was no obvious Xmas decorating going on on that front. Curious! Danes, on the whole, use real Xmas trees and their houses are warmer and better insulated than Scottish ones, so the real tree doesn't go up till a week to ten days before Xmas (which is Dec 24 here), otherwise it would dry out. Then I realised, it was some sort of informal Scandinavian 'festival of lights' they use from the onset of winter to alleviate the darkness of the short Nordic days. I guess that might be why we have three sockets on the outer walls of our house - so it would be rude to not join in, wouldn't it? So, Thomas has been tasked with hunting down a fairy-light covering for the flag pole while I'm away this weekend 😁
Posted by Phyl at 9:05 pm