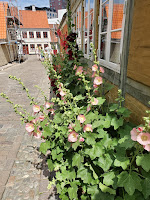 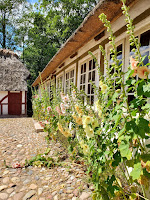 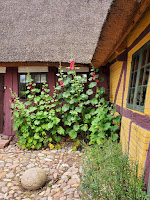 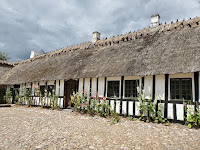 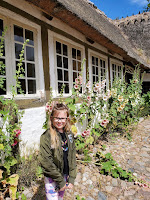 When Thomas and I bought our first house with a garden (12 years ago), the first thing he wanted to plant was hollyhocks. I'd had a garden before and knew the word hollyhock but to be honest I couldn't have picked one out at an identity parade had my life depended on it. I think I vaguely thought they were probably some berry-based plants that looked like holly bushes!

I first noticed them here in 2016 on a wander round Aarhus. They were in the more built up residential areas sticking out of pavements. Now I'm on Funen, I realise they are everywhere. Danes love these tall, straggly beasts standing guard over their city houses and farm courtyards.

I had better pick a lot of seeds from my garden in Scotland to take out on my final farewell when I empty the house there so I can plant them all round my future home. 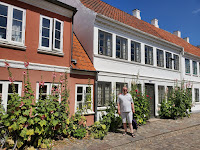 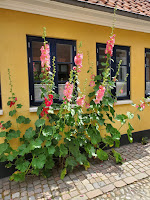