A not very sporty girl 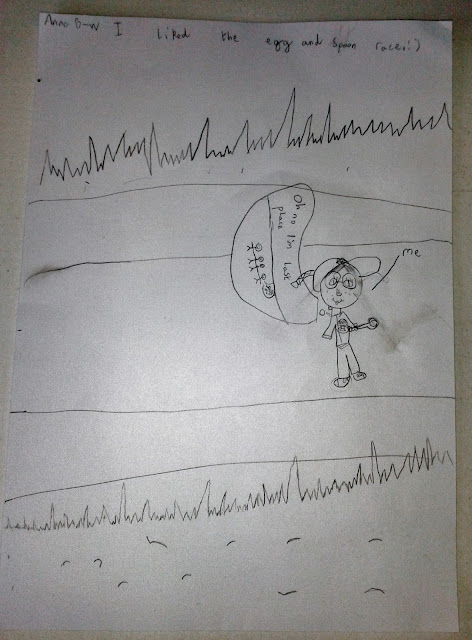 Growing up I hated school sports. I didn't mind the term when you had to do Scottish dancing but other than that I dreaded PE. I was always the last to be picked when the class team leaders were picking two teams for rounders or similar. I couldn't run or hurdle or high jump or long jump. You name it, I was mediocre at it. So sports day was not the highlight of my year. We were made to walk a mile to the sports'ground before starting. I enjoyed that bit, it was just the sports themselves I hated. I won two races growing up. In fact I would go as far as to say I came last in every other race I took part in over the seven years of primary school. The two races I won were the 1972 Bunny Hop race, where I was the only child not to be disqualified. I was four years old and I actually did bunny hop. The others, who were all more competitive than me, ran and were disqualified! So I won by being the only contestant still in the race at the finishing line! In 1977 I won the Walking Race at Bellahouston Sports track - I bet you can guess how I managed that one too! Yes, everyone else was disqualified for, running! So sports day always left me feeling depressed and inadequate.

When I had Marcel and Charlotte I was surprised to find they won races, and even reached finals. They weren't the most sporty kids in school but were definitely in the top 15% so they did not stand out as diabolical. Léon isn't really a ball games kind of guy - it must be the glasses - but he too is fast and rarely last. Then came Anna. Anna has my sporting ability and Thomas's rolled into one, coupled with a vaguely Nordic Weltschmerz when it comes to her sporting ability. She looked utterly miserable yesterday as she came last in the sprinting and last in the egg and spoon race. Like me, there was no question of her cheating so every time the potato dropped she stopped and carefully balanced it again as others shot past her holding it on with a thumb.

In the afternoon she was asked by her teacher to draw her favourite moment of sports day and it just broke my heart, wee soul... She's captured exactly how I used to feel about sports day, and it's only made worse by her labeling of herself in last place with a sad little smile and her putting on of a brave face in the title: I liked the egg and spoon race!