A strange conversation about Denmark 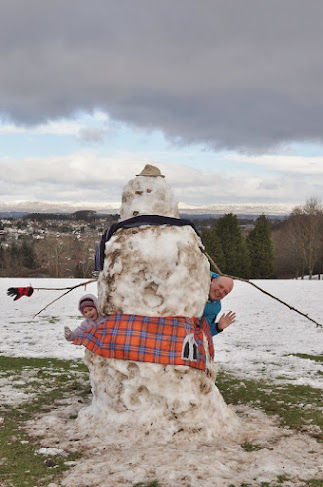 It's sometimes hard to imagine how young kids make sense of their world. This morning I had a rather odd conversation with Amaia.

Amaia: What does a Northern Irish accent sound like, mummy?
Me (pondering how she even had the concept of a Northern Irish accent at the ripe old age of 5 and 3 weeks!): Do you know Beth's mummy? She's from Northern Ireland. That's what a Northern Irish accent sounds like.
Amaia: Beth's mummy is Irish? What's she doing living here then?
Me: Well Beth's daddy is Scottish, Amaia. People often live in different places. That's why daddy lives here even though he is Danish.
Amaia (in complete shock): My daddy is Danish? From Denmark?
Me: Yes, of course.
Amaia: I know he only speaks Danish to me but I didn't realize he was from Denmark! I thought he was Scottish and he just wanted to teach us Danish!

This seemed quite mind-boggling to me at first but on second thoughts, why really should she understand the set-up? Because her grandparents only ever see her here at our house or at their summer house in Italy, as they retired before she was born, she hadn't put two and two together. She has been to Denmark just twice - once at the age of three months for her grandfather's 70th birthday dinner when we spent the holiday in a rented flat in Copenhagen rather than at a relative's house and once for four or five days when she was three, and she spent the holiday in bed with a chest infection, so why would she realize her family is from Denmark? Of course, she has cousins and an extended family of second cousins and more in Copenhagen too but she has not been her cousin's house since she was 3 months old. In fact, they have moved since then, so she has never been in their house. Much as we would love to see them more often and miss them dearly, seven tickets to Copenhagen have been financially beyond us since the recession took hold and we can't exactly nip over and see them while we are visiting Thomas's parents as we only visit them in Italy. (They tend only to be in Denmark when our kids are not on holiday, and even if they did stay one summer, which they never have, their Danish base is a tiny flat, whereas their Italian one is a fairly big house. Seven people really can't inflict themselves on people in a two bedroom flat, that just wouldn't be very polite, or livable!)

Because Thomas rarely has the opportunity to go home, now he has no real base in Denmark and when he does it is often on business so he goes alone, Amaia has lost all notion that she is half Danish. It is such a shame Thomas and I only had kids as his parents retired, because much as Italy is lovely and warm, by having our daughters as their grandparents retired to the sun, they lost their cultural heritage and any way of really learning about their roots. They do have the language thanks to Thomas's mammoth efforts and a great number of DVDs. He even tries his best to give them some of the cultural bases - by celebrating Xmas the Danish way and things like fastelavn but the kids don't actually know much about the little things about Denmark - they can't tell you what Danes eat for breakfast, they can't name a common supermarket chain, or even a brand of drinks. They have no foods or drinks that evoke childhood memories because they have no childhood memories. They can't tell you what Danish houses or towns generally look like, they wouldn't know Danes like flagpoles much more than Scottish people. They can't tell you whether the buses or trains are a specific colour or any of the things my older kids could easily tell you about their (half)-native France. It must be heartbreaking to Thomas to spend so much time putting so much effort into evoking Denmark for them, when he really is fighting a losing battle. It is hard to make someone yearn to go back home, when they have no notion of home.

Had we had them ten years earlier (which of course wasn't possible, as we hadn't met!), they'd have grown up flying over to the beautiful Jutland manse twice or more a year, hearing children speaking 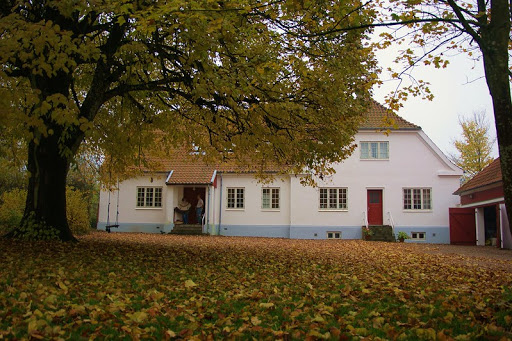 Danish around them, getting to know the foods, the traditions and so on, but now, their abroad is a rather strange mix of Danish and German spoken in the mountains of Tuscany surrounded by children and adults they can't understand, shops and TV that are equally meaningless and no cousins to drop in on while they visit their grandparents, as we don't all fit in the house at the same time. I, too, feel I know Denmark so much less well than I knew France, where I also had a family.

I get frustrated sometimes that my Danish, though passively so good, is actively so poor. I can't write it correctly and when I try to pronounce it, what comes out my mouth in no way resembles what I am saying in my head but it is good enough that I work as a Danish-English translator for two of the country's top universities! I beat myself up about it endlessly until occasionally it occurs to me that I have only been to Denmark twice for a week and three times for 2 weeks, and as I haven't set foot in the country in five years, most of my visits to Denmark were before I really had a basic understanding of the language. But, mostly I get upset for Thomas, more than for myself, because I know how much he would love a base there, to visit his friends, to see his sister, who he loves and misses whose kids are a perfect age for playing with ours and to proudly show his kids the country he has worked day and night to bring to life, all their life, despite the odds. And I'm sure he'd even quite like to show me around it properly too!

When we were first together Thomas and I did occasionally manage to nip over and visit Denmark when my ex-husband took my older kids to France to visit their grandmother but since three summers ago, he has been completely AWOL. We have heard nothing from him, we do not even know which country he is living in and that has meant that I have had full responsibility for all of my kids, both from a time and money perspective, not to mention an emotional one. When you suddenly find yourself unable to travel in a group of fewer than seven people (four of whom count as adults from a travel perspective), you cannot begin to afford a hotel room on top of seven airline tickets. You also feel, rightly or wrongly, that you cannot ask anyone to put you up for much more than a long weekend. But if you are paying seven airline tickets, it has to be your main holiday, not a long weekend or the tickets themselves are unaffordable. But if it is your main holiday, you want to take in all your friends and family as you know a repeat trip won't be on the near horizon, so travelling between Jutland and Copenhagen on public transport or hiring cars adds further hundreds onto the total and once you tot it all up and you eventually conclude with a heavy heart that over and above visiting Thomas's parents in Italy, Denmark, once again has to remain on the back burner.