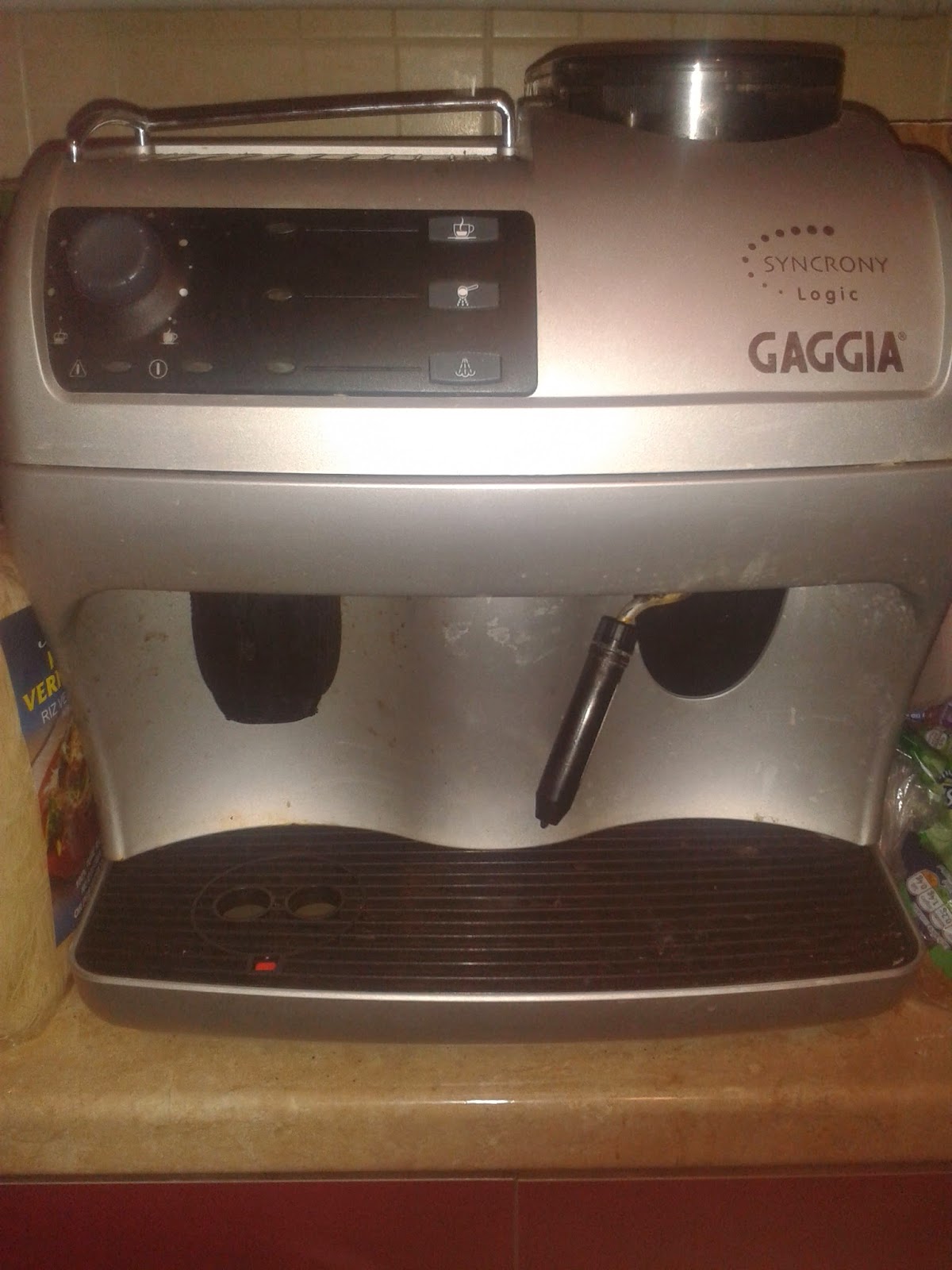 It didn't get off to the best of starts: Marcel offered to make us cappuccinos. He pressed the espresso button - this is usually followed by a grinding of beans, followed by the sound of the grinds moving through the machine to the water outlet and dripping down into the espresso cup while the milk steamer heats up. Silence and a flashing warning light were not a good substitute. A quick check showed there were beans and water, it just seemed to have no engine. We turned it off and on. A second attempt resulted in the beans starting to spin, followed by a hiccough, a whine, and a splutter and the light started flashing again. A third attempt resulted in nothing whatsoever other than a flashing light. Mr Gaggia was pronounced dead at the scene. How the hell are we going to get through a Scottish winter without the coffee machine?

Not sensing he was on to a loser, Marcel's next offering was toasted cheese. I don't mind if I do... 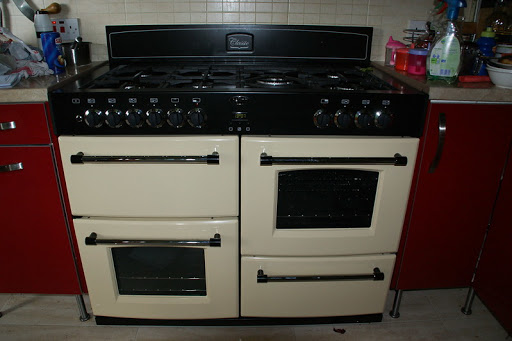 Unfortunately the Mr Rangemaster seems to be in cahoots with Mr Gaggia and decided there was no real need for the grill (top left) to continue functioning. So as of Tuesday this is a coffee-free, toasted-cheese-free, in fact toasted-anything-free household. (Bottom lip quivers.)

Wednesday was parents' night at the primary school. We had gone for 3-20pm onwards appointments so we could just pick all the kids up while we were in to see the teachers. We texted Charlotte to walk to the primary so she could sit outside the classrooms with three, four and five while we had our meetings. A cunning plan, or it would have been had Mr Citroën not obviously joined the same protest as the other two. We went out at ten to three and the engine was sounding vaguely like it had run out of fuel, except I could see it contained 20 litres. Then the immobilizer fault light came on, then the ABS fault light, then 2 other fault lights containing three-letter acronyms I didn't even know my car had. If it was a competition between the three Big Mr C was definitely trying his hardest to gain the gold medal. I abandoned it and took the five-seater knowing that after our meetings there would be six of us to transport home... somehow - sigh. 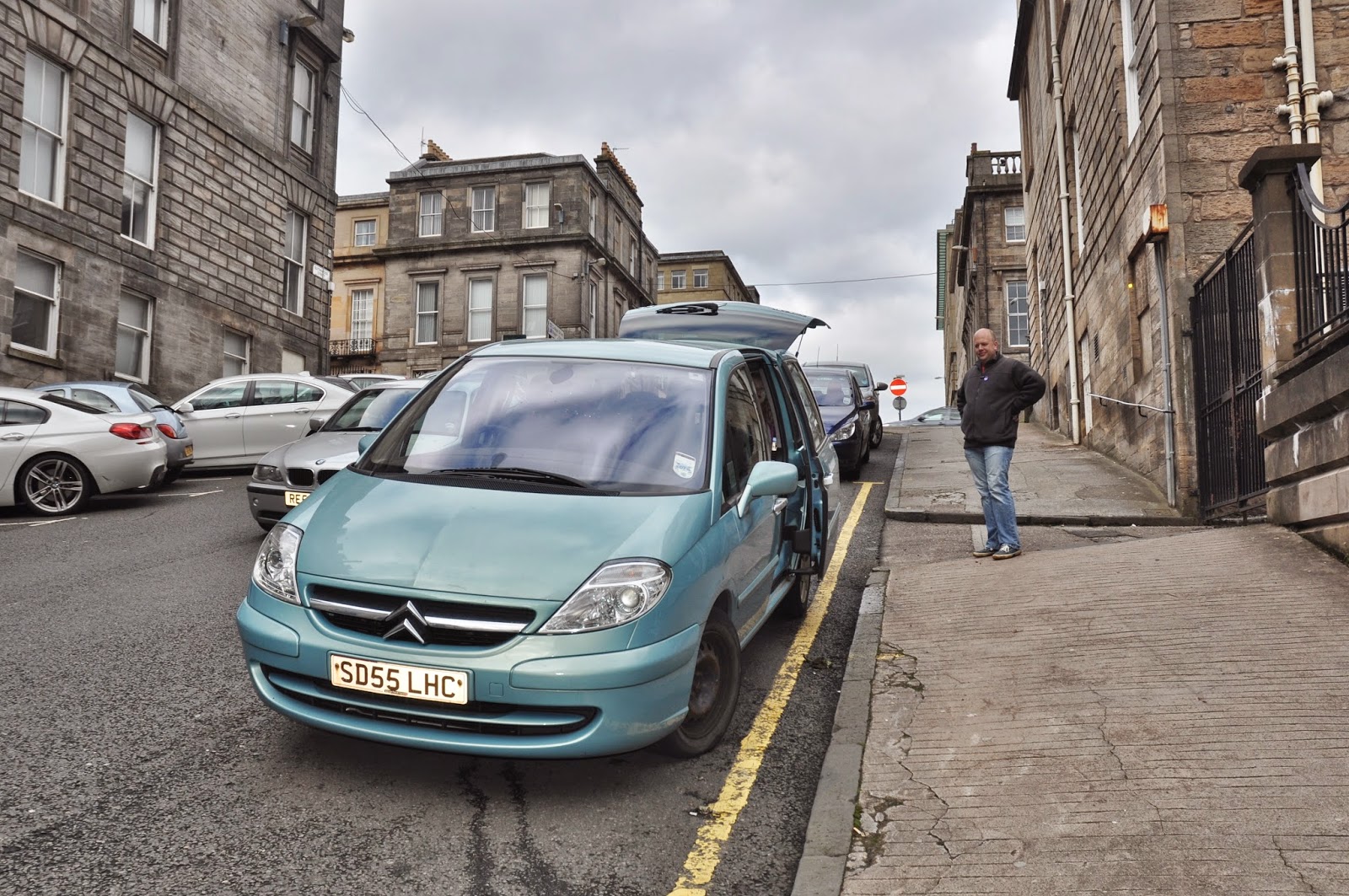 On our return I phoned the RAC. They always get things going so I wasn't worried. I stood outside in the freezing cold, deafened by fireworks for an hour while he got me to turn it off and on to no avail. He plugged in his diagnostics compter. Mr C refused to acknowledge its presence. So Mr C now needs towed to a Citroën (ouch that sounds expensive when it is already nine years old and showing signs of needing new wheels, tyres and an exhaust) dealer to be diagnosed with something vaguely terminal, but probably not before I've coughed up a wad of cash I don't have to fix it enough for it to limp home, no doubt. Come on, it's less than a month since I had your Turbo fixed, you're not playing fair! Sigh, sniff, sob.

Unperturbed, Thursday was our monthly trip to Makro day. We needed one of their 180 wash washing powders, we needed 96 toilet rolls and similar items you need when you live in a family of seven. By moving our trip to during nursery hours we figured we might manage to fit everything into Thomas's car - just about, anyway. While there we noticed they had rice cookers on special, which was great because another thing that is on its deathbed is our family rice cooker and when you are making a kilo of rice at a time, it is so much easier to do in a rice cooker. We bought one and brought it home. Thomas rustled up some lovely curries then threw the rice in a flicked the switch. The 'red light that indicates your rice is cooking' indicated our rice was not cooking, or rather indicated nothing at all because there was no effing red light! The rice cooker has died before it was even unpacked. Just great... I really feel like trying to visit Makro again, this time with the kids, or rather with the ones that fit in the car... Maybe we should have left buying gadgets to another week...

But my man always says I should look on the bright side of life... So I should try to dwell firstly on Wednesday's meetings:

Léon was described as delightful, bright, focused, (well, focused when he's not in a chatty mood!), motivated, polite, caring, popular, and having actually got to grips with all the numeracy and literacy concepts that are being thrown at him. His teacher was more than impressed by his bilingualism and even had him teach the class a song in Danish, line by line to the great enjoyment of both Léon and his teacher. She says he's a 'lovely, gentle wee boy' - how can you feel anything but happy, when the woman who spends 6 hours a day with your child, thinks he's a lovely and gentle wee boy?

We then saw Anna's teacher, who gushed with enthusiasm for a bright and positive little girl who is clever beyond her years and motivated and focused all day long. She loves nothing better than to show the teacher how well she has understood everything and make her happy. The teacher seemed almost teary-eyed with enthusiasm when talking about her and she too was thrilled to have a Danish-speaker who could teach the other kids a bit about how life is in a bilingual household. She had taught both Léon and Charlotte in the past too and remarked that 'it must be easy growing up in a family with so many exceptionally clever kids'. That's a nice thing to hear as a parent! She genuinely remembered each of them and came out to talk to Lots too.


On Thursday I also got to meet one of Marcel's teachers - for an update on his crash drama course. Of course, given he's sitting on seven Highers and one advanced Higher after fifth year, I didn't need her to tell me he's clever, but it was nice to hear again what a lovely young man he is considered to be at school. She suggested he could 'charm the birds out of the trees' but I've always known he's a schmoozer, so all I could do was laugh! He's my boy and I'm proud of him. As for Charlotte, her parents' meetings aren't till March so I didn't get to speak to her teachers this week, but she, like every week, helped me look after the little ones, she made me laugh and she even made us impromptu Brownies so I know she is a lovely girl too!

Then on Friday morning Marcel astounded me once again by showing me his schoolwork. I know he's growing up, but I remember giving birth to him so recently (on my timeline at least) that it seems barely possible to me that he can have reached the depth of thoughts he has. It started last week when he was exploring Villanelle in Advanced Higher English. He explored that concept by writing a very strong poem about his father. I will republish it here once his folio has been marked by the SQA in spring, but for now I need to keep it under wraps.

This week in his spare time he moved on to playing with sonnets and decided to see if he could write a few - one of which he composed to a 'female friend' during a 20 minute trip on the number 4 bus. I was blown away. How can you go from baby to writing deep and meaningful poems in just 17 years? Again, I will re-insert it here once it  has been marked.

And there's Amaia - my beautiful baby who came home with a nursery photo this week that surprised me. To suddenly see her through another's eyes, or another's lens, I was moved to realize she isn't a baby or even a toddler any more but a beautiful young lady, already. A bright and gentle soul. A gift to us, that at the time may not have made much financial sense, but who needs money when your life is as full as mine?