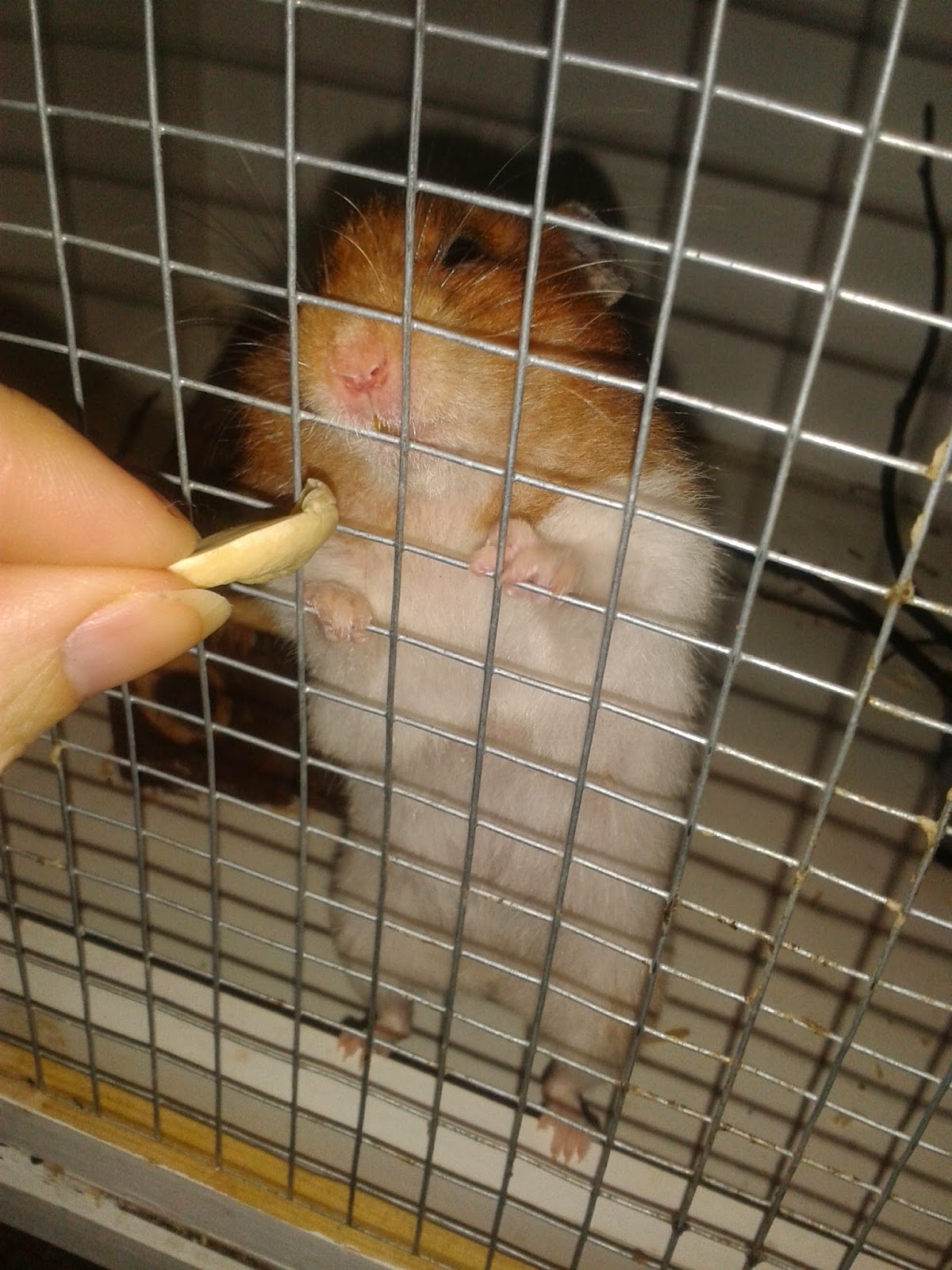 You can't spend 18 months living with someone without getting attached... On Friday our little Rose Hamster fell in her cage - she was always a climber. She broke her leg too badly to be treated.

At 5pm I was happily making dinner and sharing a slice of the butternut squash with our much-loved hamster and by 7pm I was listening to three hysterical kids as we buried her in the garden. This is the last photo I took of her a couple of weeks ago.

We were already having a shit enough day without that (a combination of watching another UKIP win down south - this time by a man who just last week stated he wanted EU citizens repatriated as soon as 2017 - goodbye husband?) That, and a wonderful new piece of legislation from our favourite ever Tory government stating that people whose circumstances change between taking out a mortgage and it coming to its end 25 years later (excuse me for being naive, but isn't that eventually likely to be almost everyone?) will no longer be eligible for new deals on fixed rates, trackers etc even from their current lender, but will be forced onto the standard variable rate. I don't really understand the logic of forcing people onto a variable rate when they most need stability and visibility, unless it is a way of increasing the government housing stock by repossessing everyone's house. But there you have it, and ours runs out next week! Wowser.

Anyway back to the main topic.

We originally chose a hamster, to be honest, because we couldn't really be bothered with a pet, or rather we wanted one and felt the kids would benefit from one but had so much on our plates that we couldn't commit to dog walking and knew a cat would end up under the number 4 bus that passes our house every 15 minutes all day long. We figured a hamster would serve the purpose of teaching them about care and companionship without us having to get overly involved. I did worry a hamster wouldn't have much personality to be honest. I now ask myself how wrong I could have been?!

Within days of getting Rosie, however, I was surprised to find I really liked her. I guess she entered our family at the point I usually have another baby, so she became that! And once she was installed in our internal hall, the one leading to all the downstairs rooms in our house (except our bedroom), I found myself talking to her every time I passed through. Hamsters are good listeners, especially when life throws shit your way. They look both interested and understanding. They nod a lot when you talk to them. She got to know the family routines and got up every morning at 8 to wave the kids off to school before retiring until about 5pm when dinner smells would again have her up for a chat. She knew us each by smell and was always happy to chat to us as any nosy and outgoing creature would. I'm the family salad maker so whatever I was making, she got a slice. She loved everything in a salad, except tomatoes. Tomatoes were a definite no-no. Thomas and Rosie had a chat at bed time every night - in Danish, of course. Like our kids, Rosie was a bilingual hamster.

Now maybe I'm just a soppy old git but if you'd asked me last week what I was most dreading when she eventually died, which I thought wouldn't be for about a year, so I hadn't even started psyching myself up for it, I'd have said the kids' reaction but today, two days on and having only caught about four hours sleep since Friday, I feel utterly lost without her. I miss sharing my salads, I miss our chats, and the house feels too quiet by half. Unlike the stereotypical mum showing relief at no longer having the hassle of cleaning her and feeding her and the likes, I find myself missing her dreadfully. She had her own wee character, so in a way is irreplaceable but I already find myself googling where I can adopt another little hamster I can chat to about its big sister, who died in such a silly way at just 19 months old. I find myself going through my flickr pictures sobbing, like a daft cow... She was such a sweet baby when we got her, so tiny. 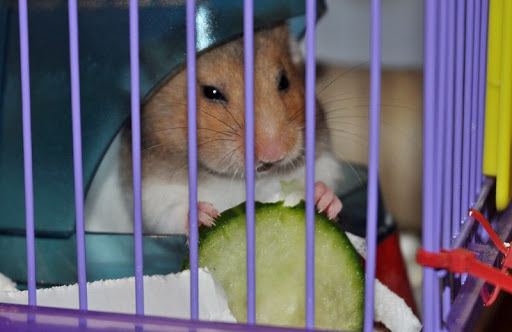 I think one of the things that surprised me most, never having had a hamster, was the fact that she was very like a human, in many ways: curious about the same things and similar in her reactions to situations. Her little hands looked just like mine. 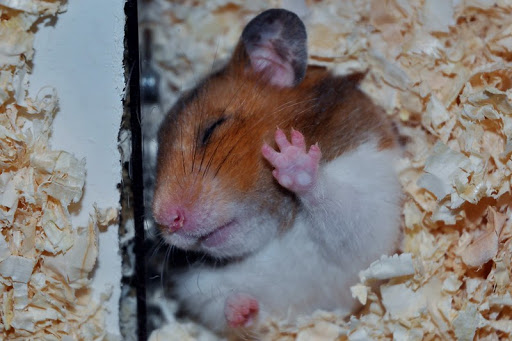 Every two or three months we'd get up and she would have rearranged her furniture - she had a three room cage and we'd suddenly find she'd moved all the bedding from one room to another overnight. She'd suddenly decide to move from living in her cosy glass jar to making a bed under her sawdust with a long tunnel leading up to it and then just as soon as she'd moved her stuff in, she'd change her mind again. I'm a bit like that myself. I like to move furniture, redecorate and move house so I could really relate to that. I like to imagine what must have gone through her mind because her moves always took quite a lot of planning and to-ing and fro-ing. It takes a little hamster a long time to move 2kg of sawdust using only her pouches!

Finally, we were of course very proud when she became the face of Scottish Hamsters for Indy ;-) 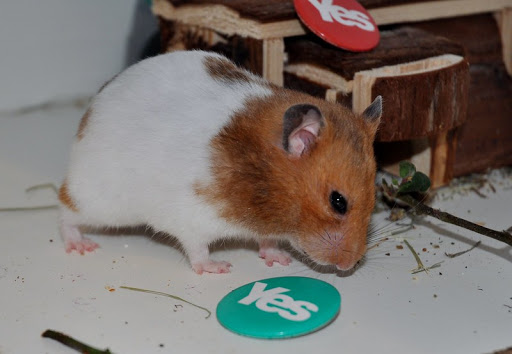 But she had a good life for a hamster. She was adored by us all. She had a huge cage thanks to our hamster expert friend who advised us early on that the cages sold in pet shops really aren't suitable for grown hamsters. We changed her toys often so she had a bit of variety and took her out to play with her in the bath (empty of course!) And she had rather a posh diet for a hamster too. Banana was her favourite.

Léon drew this for her which set me off again: 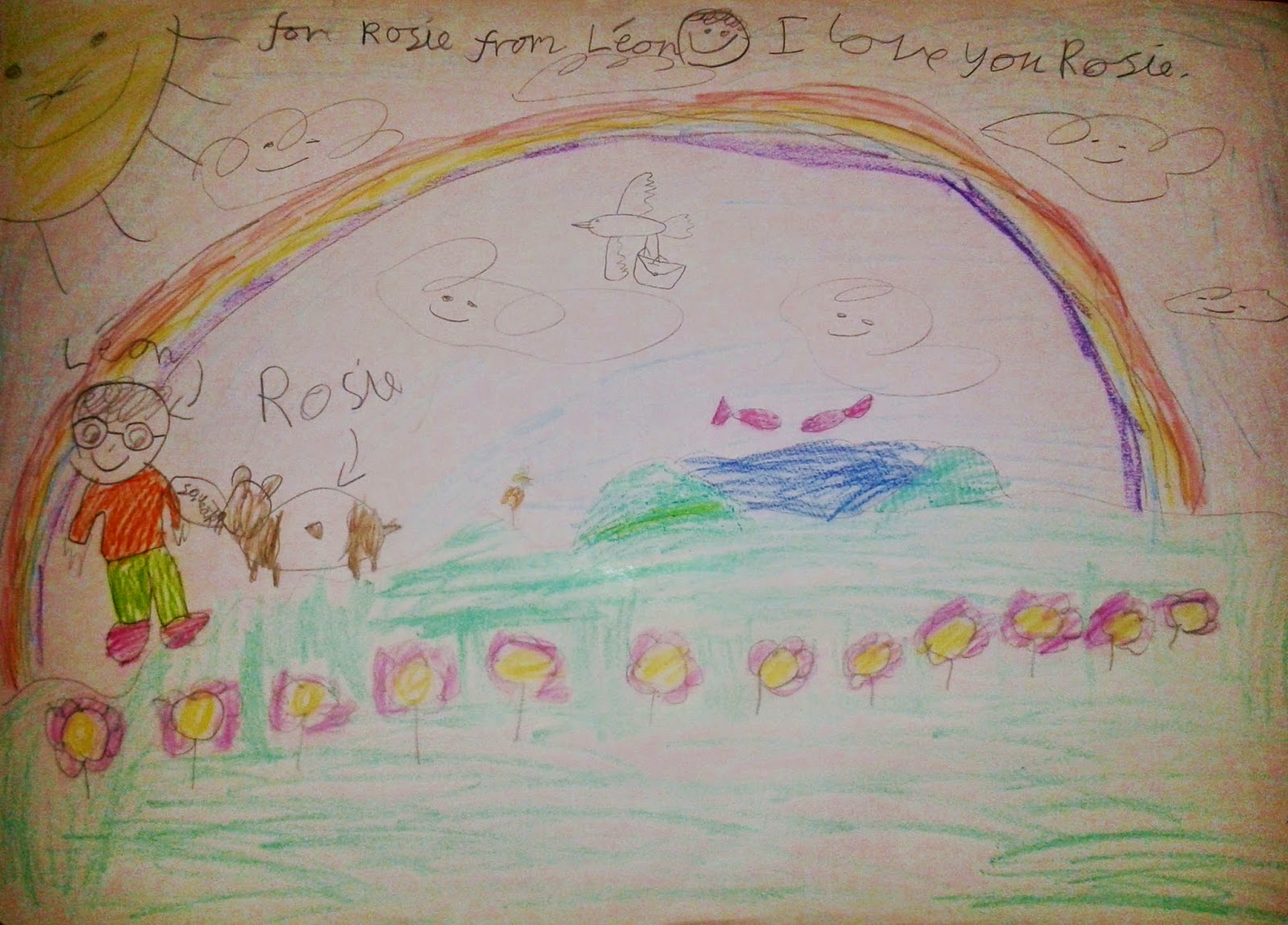 And little Amaia did her own wee drawing of Rosie in a tiara which is too sweet: 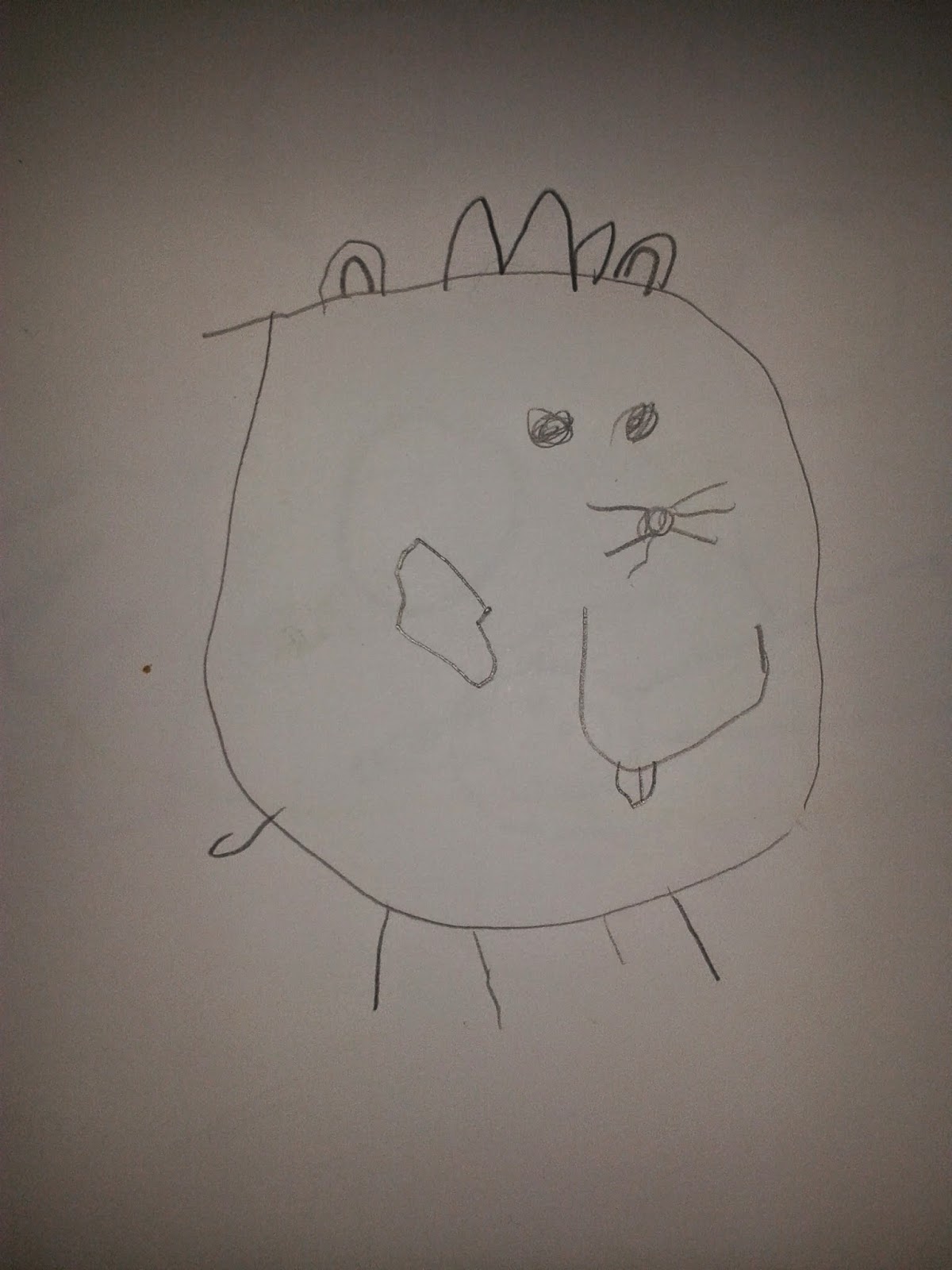