Yesterday was Léon's birthday. It was also a bank holiday so we decided to break our self-imposed no-spending rule and have a day out. Poor Marcel was working in the shop all afternoon so that freed up a space in the car for mum and we all set out for the Scottish Owl Centre. Léon has been owl-daft since Harry Potter first came out and Linda had recommended it to us a year ago.

We arrived and took in the 80 or 90 owls in aviaries before taking in two flying displays complete with owl facts. One owl in particular took a fancy to mum and tried a full-blown conversation with her every time she passed and I certainly came away surprised at how full-of-personality the little creatures seem to be.

We got to see big and small owls and we even got to meet the nearly-famous sister of Errol from the HP movies. 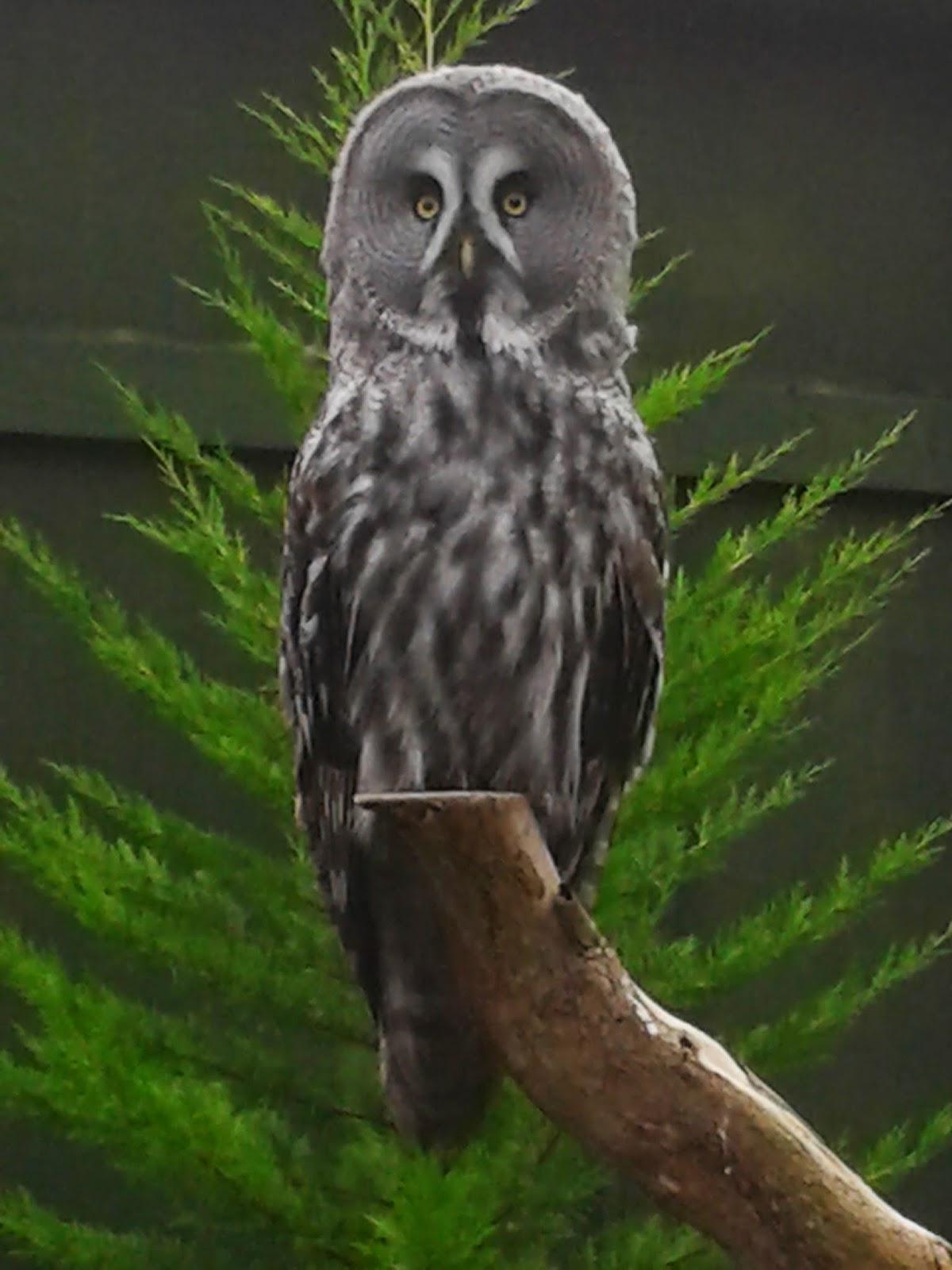 A baby owl (who was less than 6 months old) was also being taken around by the owl handler to get it used to people. It was a baby of the world's largest owl species and had the most beautiful eyes: 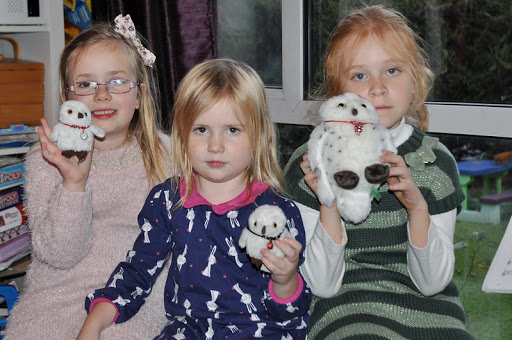 At the end of the day we came out and enjoyed the lovely play park in the owl centre's grounds. It was so good we might even stop off there again even if we aren't going owl-watching.

This morning Amaia woke me up telling me which toy owl she intended to buy 'when we were next at the owl centre for her birthday' so I guess that means it was a great hit! She had even taken in the fact that one of the owls ate hedgehogs in the wild so drew this lovely picture of two eggs, two baby owls and a large hedgehog, or rather hebgehog, at nursery this morning! 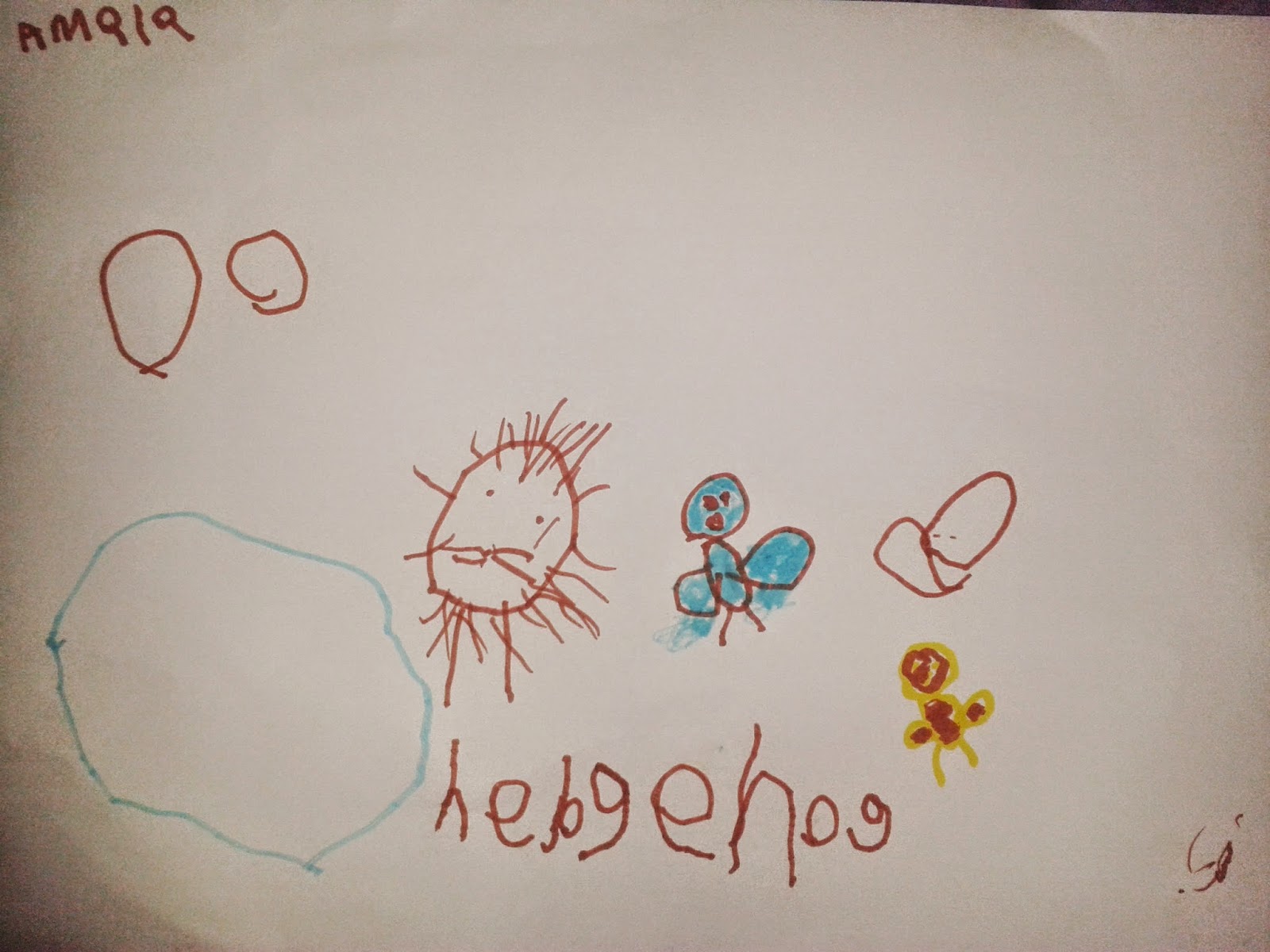 It's a shame we can't drop by more often, but as with all things when you have such a big family, day trips unfortunately cost way too much.
Posted by Phyl at 12:13 am