Proud of my wee boy 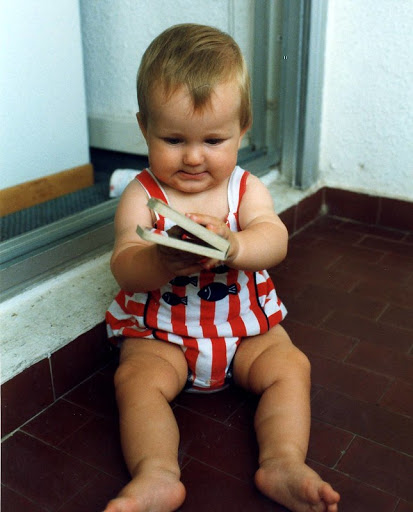 It seems like no time at all since I took this photo. I remember taking it like it was yesterday. It was the day France won the world cup in 1998 and also the day Marcel said his first word (pomme) at the ripe old age of 11 months!

He's come quite a long way since then on the talking front... Today his senior school debating team (along with just one other Scottish school debating team) won the Strathclyde uni school debating championships propelling them to the national debating competition in Liverpool in autumn where they will be competing for a place on the team to debate next year in Brussels at the European Youth Parliament in French and English. The head of the school debating team even insisted on shaking my hand as I picked him up and thanking me for 'having him'! I guess I should take pride in my son turning into a bit of an argumentative bugger! ;-)

It's interesting to watch his determination. He works five days a week in the local shop, he's teaching himself two extra Highers (Chemistry and Spanish) from text books without a tutor, sitting an Advanced Higher a year early, trying to shine on the Scottish debating scene and preparing for his World Challenge helping the underprivileged in India. I wish his Pumpa could have seen the wonderful young man he's become. He would be so proud.
Posted by Phyl at 12:19 am

You'd better believe he would have been.