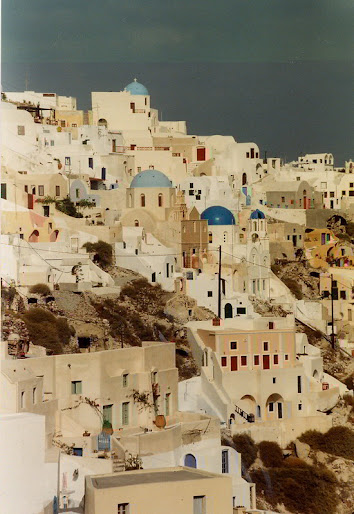 I know I'm getting to be a grumpy old rant (it's genetic - check out my dad's blog!) but is anyone else getting fed up with all this pissing about we're doing with the Greeks?

It is patently obvious that they are never going to be able to pay off their debt so why do we keep playing at lending them the equivalent of about 10p every other week?

I was watching a report on the French evening news a few months back - they were interviewing normal people like you and I in Athens. 70 000 businesses had gone bust or had to close in the previous eight months. Can you imagine if that many businesses went bust in the Scottish central belt in 8 months (the population is about the same)? I remember a man of 50ish who had been running a family lighting shop (as his father had done before him) who had had to go into liquidation. He explained he knew there were no jobs he could get so he would need to go into homeless hostels with his family until he became eligible for a pension more than a decade from now. Much as we all need them to pay their debt, they can't. By taxing them to the point of starvation, making whole towns unemployed and the likes we're going to achieve nothing... except maybe Weimar Germany all over again! It's pointless - so why don't the big powers come up with a grown-up solution rather than attempting to put another sticking plaster on a chasm the size of the grand canyon?

Addendum: It looks like the UK press is finally catching up with the realities of the situation I mentioned the French media were talking about back in June.
Posted by Phyl at 12:35 am