It started in 2009... interesting he didn't buy one in all the years we lived together but waited till we were married to get one. I wonder if he was waiting till I'd signed on the dotted line, making escape harder

Yes, in 2009, my beloved other half bought a wee lean-to for our Newton Mearns house. At first I was quite excited, having grown cherry tomatoes in the window of my west end flat and even having bought myself one of those little plastic zipped bags back when I was with my first husband.

The model he chose was the masochistic greenhouse model. Every piece of glass was different, all with number codes in the tens of thousands and no pieces of the frames were repeated. The 50 page instruction book nearly beat Thomas, despite his 12-year university education! In a final gasp at putting the bastard together we laid every pane on the lawn and penciled each number on a post-it and stuck it to it. We spent two days working out which piece went where, only to finally realise that glass left on a lawn in June leads to scorched grass that takes a whole season to grow back! I wrote up the whole saga at the time.

I vowed back then never to let him near a greenhouse purchase site again, but 13 years is long enough that I dropped my guard momentarily and suddenly this enormous pallet of metal and polycarbonate was delivered to the middle of my driveway a few months ago.

For some reason, Thomas waited till the weather got autumnal before suddenly deciding it was now the optimal time to build the bugger.

Give him his due, he did 85% of it himself, coming in again and again covered in mud, looking exhausted, but the last 4 days he's needed help. The last 4 days I've had a stinking cold and zero desire to be outside holding massive sheets of polycarbonate while he drills and screws. Suddenly all the kids had other places to be or were simply 'washing their hair' that day and I was 'it'!

Not only did he overrun the weekend, but he needed to take a day of his annual leave to finish it. He'd got it into his head that some storm that was meant to be coming today or tomorrow would see it destroyed, upended and flown off to Oz or similar if all the walls and doors weren't on. I was dubious, but given manual jobs aren't something Thomas is a greater finisher of, I played along, rather than ending up with half a greenhouse for the best part of the next decade.

I came home from my evening class yesterday to find he still wasn't finished so had put up floodlighting. Lucky me! Such bright floodlighting it turns out, that you couldn't even see the frame when you walk eye-first into it😠. We were out till after 10pm in the cold screwing tiny little screws into the frame at ground level lying in the mud, following instructions which were helpfully only written in Cyrillic. Thomas loves a challenge. 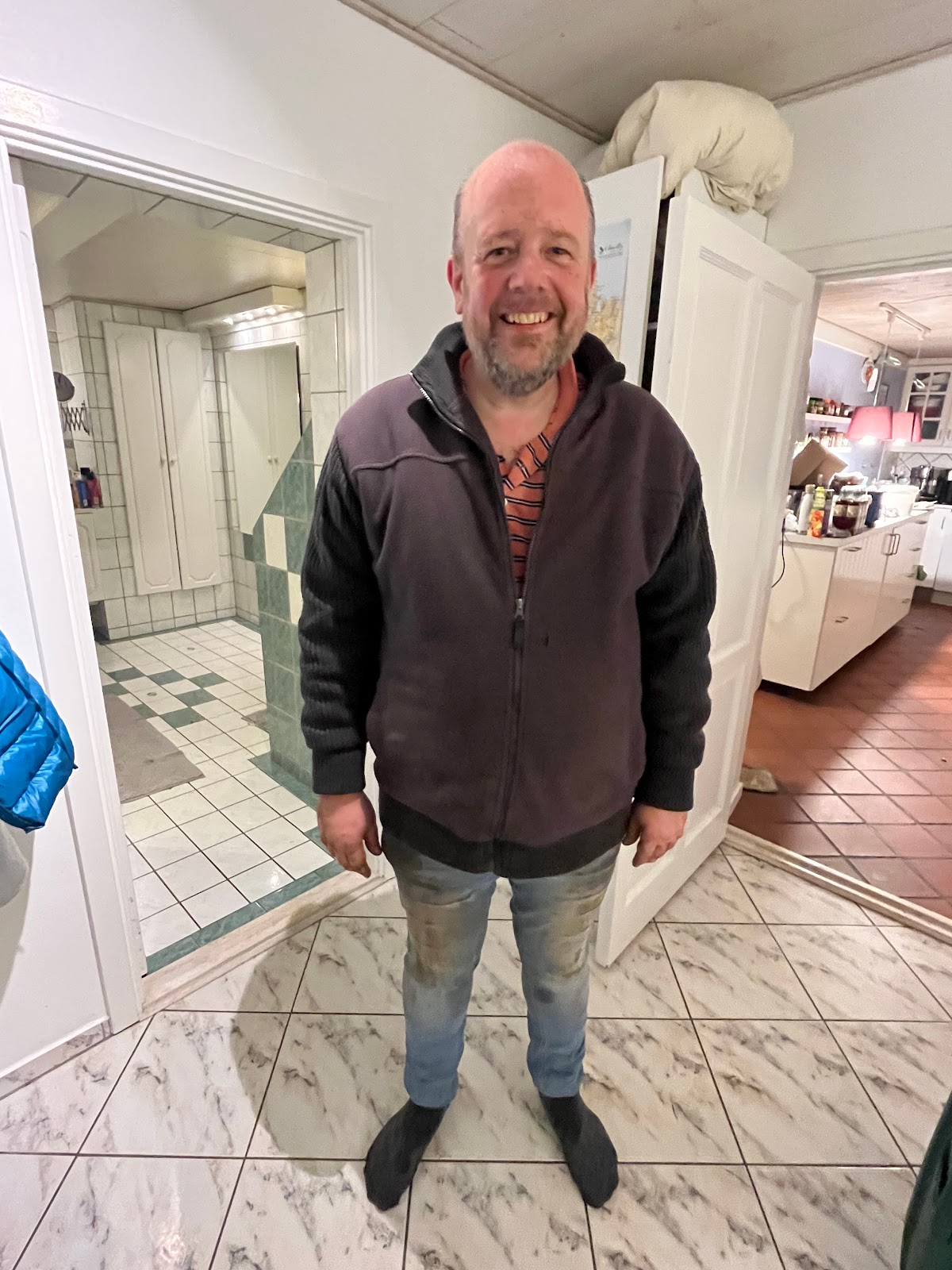 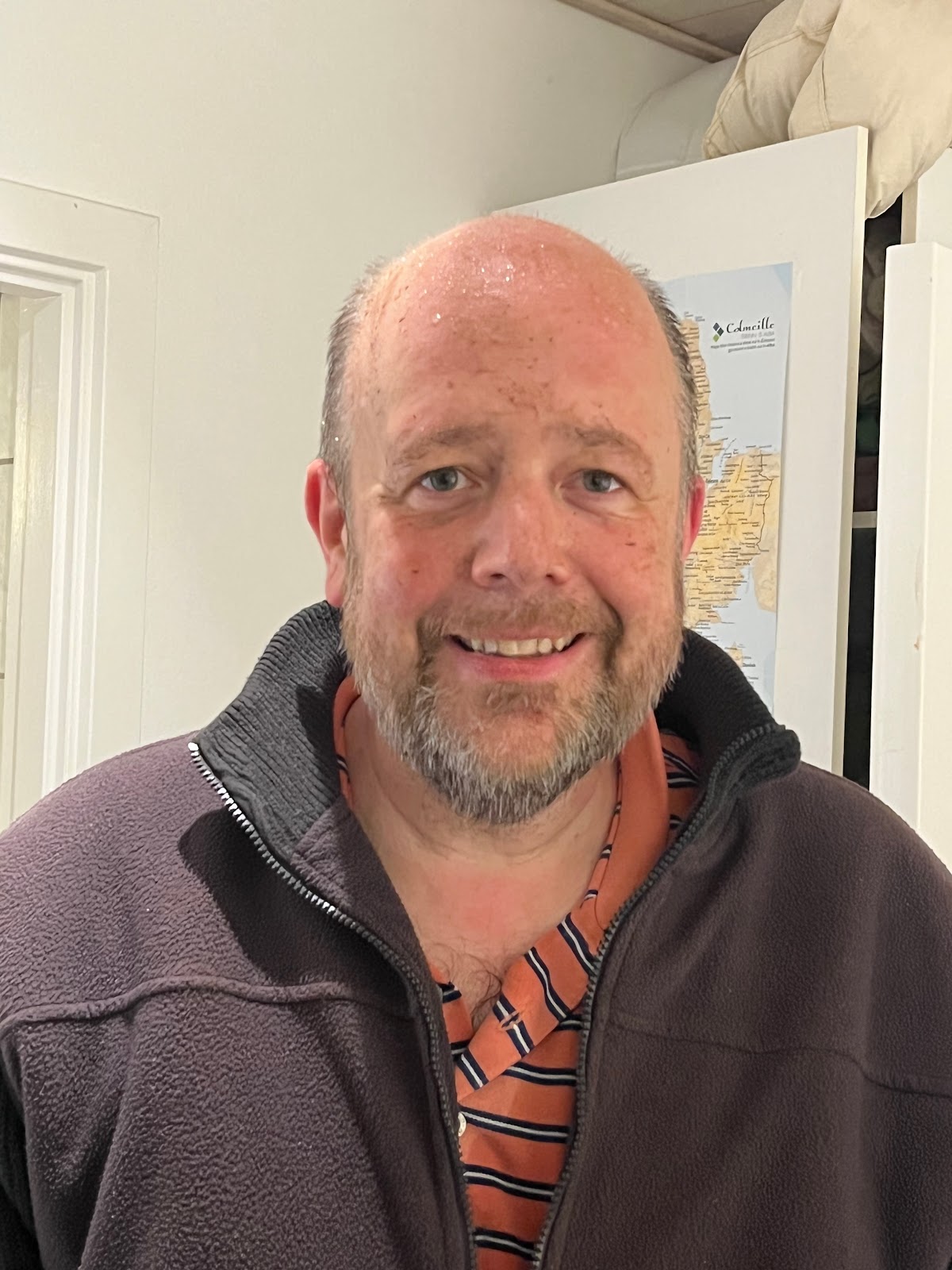 I have since threatened him with ending up under the patio if he even thinks of buying another one, so hopefully my greenhouse days are now over as I am way too old for crawling around in the mud looking for small nuts and bolts.

He still has the door to put on, but found a work-around last night around midnight when it became obvious he wasn't going to get it completely sewn up before the storm. I fear it may end up looking like that for the rest of the winter! Why finish a job 100% if you can leave it 98% done after all?! 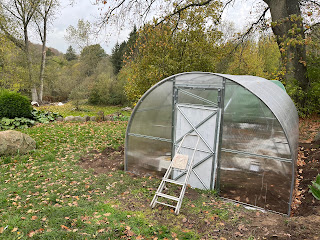