Back on May 16, we turned on Facebook and saw a strange status uploaded by our friend Simon over in Aarhus. His male (as he thought) cat had just had two kittens in his cupboard! In the uploaded photo, I could see they looked very like the second cat my parents had had when I was growing up, so commented that, and he offered us a kitten. Given Amaia is really not an animal person (like Charlotte), we have never had a pet other than the well-caged hamsters. I knew Léon and Anna would kill for a pet and Marcel was also a great animal lover so the five have almost always been at each others' throats on that front. 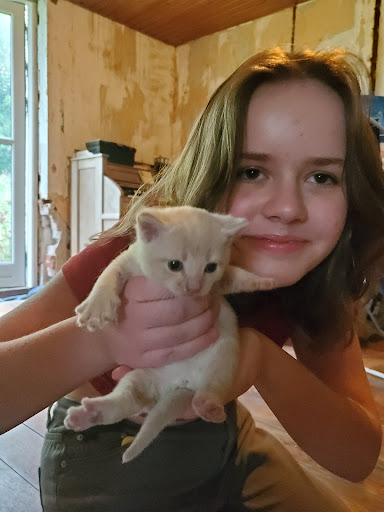 (Nacho at 3 weeks)
A few weeks later we were over at Simon's for the night. The kittens were only three weeks old so not particularly scary, even for Amaia, so when they hit 12 weeks and needed a new home Amaia actually asked to get one. My parents' old cat had been named Muffin as he was Muffin-coloured, so after going through all foods the kids could think of that were that colour, they opted to call him Nacho - as he looks a bit like a plate of Nachos and cheese.

Charlotte is still in Spain and was on holiday with the family she used to au pair for. Having mentioned the kitten to them, they pointed out that the Spanish name Nacho is the diminutive of Ignacio. So going all-out Spanish, the girls have now decided he's a Spanish cat whose veterinary registration should read Ignacio Fernando Buchanan-Widmann, though he will obviously be called Nacho at home! I imagine he will be the only kitten at Morud Vet's named Ignacio Fernando!
To be honest, I couldn't really be bothered with a pet but acquiesced as the kids loved the idea. I just felt I'd brought up enough kids over the years, wiped enough bums and had run out of steam. But the wee bugger is slowly managing to wriggle his way in. Walking up my front at 7am and gently waking me with a touch of one paw is making him hard to ignore and hard not to care about. He's very gentle and sweet. I've never heard such a purry cat, he's funny and I'm sure he's going to be a much-loved family member. 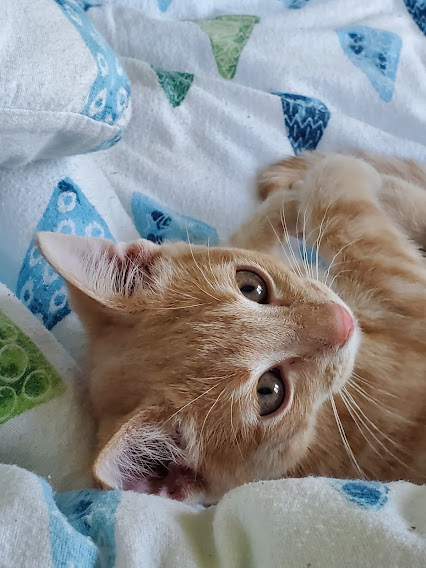