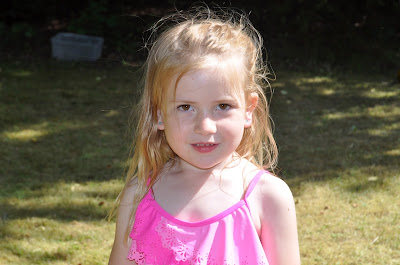 We took the kids swimming at the weekend. Léon and Anna were competing on lengths of the pool. Léon managed twelve without stopping, so Anna tried (and failed) to beat his record, only managing about ten. Later on, discussing their achievements, Amaia chipped in with a surprising - Oh, I managed fourteen! Of course, she went on to elaborate, I stopped to rest after each one of course and I did seven of them up and down the way and the other seven from side to side!

Side to side lengths is quite a sweet term for breadths, but give the other two their due, they let her believe she was the winner, which was sweet.