Yesterday was 'One day without us' here in the UK... not that you would know it, given 95% of the UK press didn't cover it but if you speak other languages, you might have caught it on the news in France or Germany or elsewhere as the foreign press did get round to mentioning. Basically as many EU citizens as had the ability or choice stayed home from work yesterday and gathered outside the Houses of Parliament in London to protest their rights. Many also gathered in other town centres when London was too far. Now, it wasn't as if the BBC wasn't in the area as they did cover the anti-Trump protest which also took place in London yesterday, they just happened to underplay the EU protest.

It is interesting to watch the deflated atmosphere amongst the EU citizens involved in the protest today - noticeably on the Facebook forum 'the3million' - a site dedicated to supporting EU national in the UK during the fiasco that is Brexit. They thought that if they protested in their thousands, they couldn't be ignored. I was, of course, completely expecting that they would indeed be ignored.

As a supporter of Scottish Independence, I have become a hardened cynic to the ways of the press over the years. There are many reasons for why I am in favour of indy... Firstly, I had predicted as early as 2013 that the UK might drag us out of the EU, and for me in my international family, that isn't an option. But I also simply want to live in the socially-caring and inclusive, internationalist, non-xenophobic country Scotland aspires to be rather than the current UK which is turning its back on all those things I hold so dear. I want investment in the NHS and free education to nurture the brightest lights of the next generation rather than these basics being run down and privatized. But those are the reasons you hear at pro-Indy meetings - both political and non-political while the press try always to tar us as blood and soil right-wing xenophobes rather than civic nationalists. They claim we're anti-English, when half the Women for Indy group I belong to are English-born! They just want to move towards the Scandinavian model of society and away from the Imperialist one we are slipping towards. We'd love nothing more than the English who are dismayed at the current state of affairs moving up and joining us Scottish, English and Europeans who are fighting for a better future.

I have been to countless demos, marches and protests over the last five years that have failed to be mentioned in the mainstream press. I have stood outside the BBC building singing my heart out in crowds of 1000+ in peaceful protest only to have them deny we're there or at the very most credit us with being a small but violent crowd of a hundred evil Nat men - often when the crowd is mainly couples, kids, disabled people, pensioners, babies and none is carrying anything to identify them as a 'Nat'. (These are typical examples)

I'm not parroting Donald here in a claim that the press actually lies but one thing that has been abundantly clear here over the last few years is that while insignificant things are often reported for their sensation value, other larger things can go completely unreported as it doesn't suit their agenda and their view of the current state of affairs. Let's be truthful about it. The press and importantly the BBC created Brexit. By taking the conscious decision nearly a decade ago to give much more airtime/print space over to to Nigel and his Kipper friends, rather than say, the UK Green party who were just as big if not bigger when Nigel started his almost weekly appearances on Question Time, they scared the Tories into having a Referendum that no one would have mentioned otherwise. Now, by failing to question May's Hard Brexit line, they are again setting the agenda - and this time I exempt the Guardian as it is actually beginning to brave printing many awkward questions that everyone should be asking. See this, this and this in just the last two days.

I don't really understand the plan (if indeed there is one). They can wave their flags and read how great they are but the day the UK falls off a cliff, people will actually notice and start asking why the press and the BBC didn't do its job. When did journalism become more about ratings than about holding people to account? Where other than the Guardian (and the National up here) is anyone asking why we are proceeding without a plan to ruin our children's future? One day the children will ask us what we did to stop the madness and we'll need to have our answers ready! 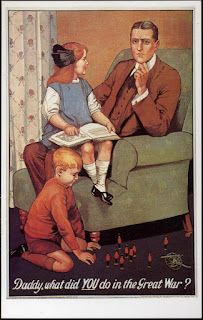