The boy who can't swear (yet, anyway!) 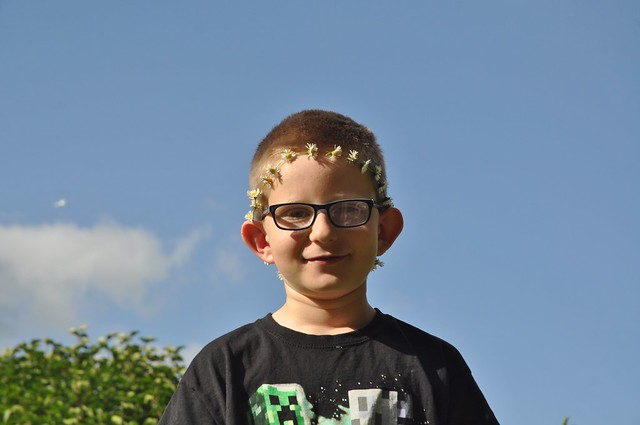 Léon is a wee bit of a goody two-shoes when it comes to swearing. Just shy of ten and he won't even say 'Shut up!', not even to his siblings when they are winding him up, preferring to mutter the likes of 'Nincompoop!' under his breath, much to their general hilarity! It's quite comical, particularly in a family of lexicographers and linguists where the nuances of even the worst swear words are often analysed over dinner and where we have a very relaxed attitude in general to swearing, because of our jobs. When you get paid to define or translate 'fuck' in a dictionary, it's a bit rich to ban its use in the house!

So once we noticed his aversion to it all, we decided to have some fun with it... Thomas started by showing him an article about the infamous Austrian beer 'Fucking Hell' and then asking his opinion about it. As a native German speaker (as well as Danish) Thomas was of course pronouncing it properly, so it sounded rather different to the English curse, but Léon stuck to his guns and refused to make any attempt other than calling it 'that beer Effing Hell'.

Tonight, I was in the kitchen filling the dishwasher when the whining sound of his voice approached. Someone was obviously winding him, and he was on his way to complain. 'Sort it out between yourselves, you're old enough!' I shouted to pre-empt the clyping but to no avail. In he came to the kitchen and proclaimed 'It's Charlotte, mum! She called me a Smart Bottom-bad-word!' It took me a few seconds to realize she must actually have called him a Smart arse! I think we're going to have quite a lot of fun with this before he braves a Ron Weasleyesque 'Bloody Hell'!
Posted by Phyl at 12:46 am