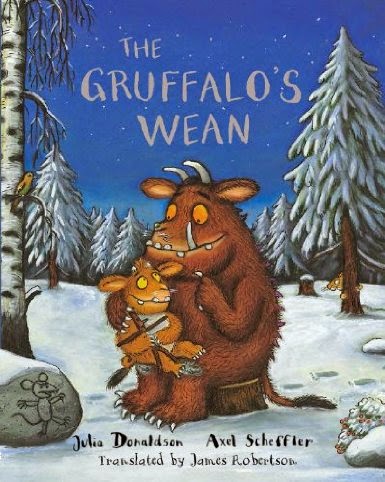 As Thomas read it out, I didn't have the original to draw on. It suddenly struck me that this was more or less the language of my childhood. My grandfather actually spoke like this, my father used some of the words but I only have Scots as a passive language... why was that? If everyone around me was speaking, to some degree, like this, why do I only speak English? I was taught, both overtly and insidiously as a child that Scots was a second class language. It was fine for Robert Burns to write like that 200 years ago but if I was to write like that I would somehow be demonstrating a lack of education. I would be speaking in an unacceptable (to my educators) way. The enormity of this linguistic cleansing I had been subjected to as a child hit me, angered me and saddened me all in one moment. How dare I be told that the way normal Scots people spoke was second class! The language with its onomatopoeic words and its differing syntax is rich and somehow comforting to me. Hearing 'hoolet' instead of 'owl' made me smile. When he read 'freend' with its silent 'd' I heard it in Gramps' voice, not Thomas's because he talked about 'freends' all the time. There are so many words that have already been lost to my children. They have no idea where the press is in their house, where their oxter is or what is expected of them if they are asked to synd the dishes.

It is nice to see Scots finally being given respect in our schools and nurseries but I feel somehow cheated.