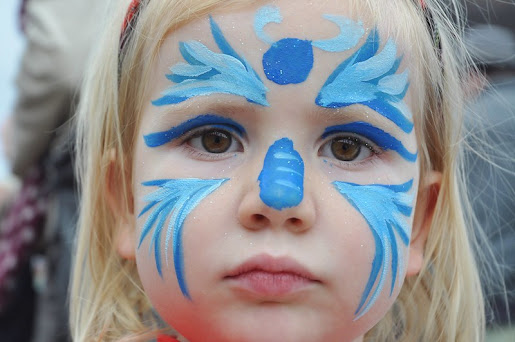 Amaia is at that delightful age where kids discover the concept of jokes - I don't mean the slap-stick that they all appreciate, even as babies, I mean telling a joke or pun and waiting for a reaction. It started six months ago when she learnt one joke:

Why did the mushroom go to the party?
Because he was a fun guy...

I'm not sure she understands it but she feels it necessary to begin every evening meal by telling us it quickly, with no pause before the punchline and then laughing loudly.

From there she developed on to writing her own material (sigh):
What happened when the carrot crossed the road?
It met a mushroom and they got dead! (Hysterical laughter) (sigh!)

Tonight we have reached a new level...
Mummy sing me a song.
What song do you want?
Humpty Dumpy

So I started:
Humpty Dumpty sat on a wall,
Humpty Dumpty had a great fall,
And before I had a chance to sing the next line she sang:
But a passing zebra caught him,
so he was fine!
Then started crying with laughter at her own wit, slapping her thigh! She's definitely trying to be funny, even if she's not quite hit on the right formula as yet!
Posted by Phyl at 11:45 pm