A SUDDEN OBSESSION WITH DEATH 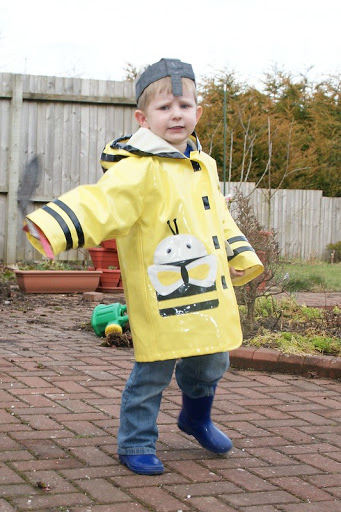 Driving home from nursery the other day Léon suddenly burst into tears and threw himself into my arms at the traffic lights (he was in the front beside me as both girls' car seats were in the back of the micra that day). What on earth could be so wrong after a nice morning at nursery with his little friends? Inconsolable, he sobbed 'Who'll hug me Mummy once you are dead?' I have no idea where the sudden obsession with death came from but a long discussion ensued in which I more or less had to promise not to die till my hundredth birthday to calm him down. Tonight when I'd read them their story and sung a song or two, it started again. This time there was no crying but he asked me out of the blue 'Who'll give Amaia her doodah (the family word for breast milk since Marcel invented it as a toddler) once you are dead?' Again I stressed I would be old when I died and Amaia herself would be old and therefore no longer in need of milk. After asking when Thomas, Anna and I would die, he started to ask about people who were already dead. 'Are Thomas's mummy and daddy dead?' he asked. 'No Thomas's mummy and daddy are Brita and Peter' I explained. 'Oh, who is dead then?' 'Granny's mummy and daddy are dead' I told him, knowing this would be unlikely to upset him overly given he didn't know them. 'Who were they?' he asked. 'My Granny and Gramps' I told him. Because his French grandfather died many years before he was born, I ventured 'Opa is dead'. 'Opa lives in the forest' he replied. Opa is buried in a little French cemetery on the edge of a forest and Pudge has visited his grave. I tried to explain graveyards 'Cemeteries are where dead bodies are taken. Opa 'lives' in that big stone house you've seen in the forest.' 'So when's he going to get alive again?' 'Once you are dead you don't come alive again' I explained to him. He let out a huge sigh of exasperation 'If he's never going to be alive again, how on earth is he going to go to the dentist?' At that point I gave up - I was just speechless. Why on earth is this four year old concerned with how his long-dead grandfather is going to keep an appointment with the dentist?
Posted by Phyl at 12:36 am