It's been interesting watching each of my three youngest kids' Danish development since we moved here in 2019. Obviously, they could all speak Danish when we moved here, given Thomas had spoken to them only in Danish for the entirety of their lives but that was a very passive situation. They understood everything he said, understood the stories and later novels he diligently read them every night before bed, carrying on the tradition much longer than most kids' bedtime stories as it was the only way to make them bilingual, or so we thought before immigrating showed us there was another even more efficient way to make your child truly bilingual! Still they replied to him only in English as most bilingual kids do, preferring their dominant language, even though to the non-bilingual replying to Danish only in English might seem harder than carrying out every conversation in just one language! They had 100% understanding and could swap into Danish when they needed to, for example when their cousin, who was yet to start English, used to visit us in Scotland. But good as they were, their reading skills were minimal and they sounded like shrunken 40 year olds, knowing very few of the words their own generation would use, drawing entirely on Thomas's vocabulary, or stranger still their grandparents'. There were gaps in their knowledge compared to English, of course. They might have known some tools, spices, games or similar only in English as they had never encountered a setting where they had to use them in Danish. But all in all, for kids who had spent less than a total of 8 weeks in Denmark in their lives, they were bloody good - Daddy wasn't a linguistics graduate for nothing, every ounce of linguistic theory was used up on them.

We'd been here about six months when Léon started to sound like he came from deepest, darkest Nordfyn and maybe six more before the girls both developed an authentic, not so Funic accent, but it has only been in the last six months that I have noticed a reversal. I was running Amaia home from school one day and she was telling me about her Maths lesson, which seemed to have been geometry-related. Having only been schooled up to p4 in Scotland terms for acute or obtuse angles, isosceles triangles and similar were not something she had encountered yet before we left Scotland, so she stopped dead in her tracks, unable to explain her Maths to me in English, which we still speak together, having to swap into Danish to fully describe her Maths problem to me. She looked rather shocked that Danish had overtaken English in that subject field. She's also more confident explaining grammatical terms in Danish than English now but all in all, most non-specific vocabulary is still evenly balanced between the two languages, so she's happy explaining everything to me in English and her teacher in Danish. 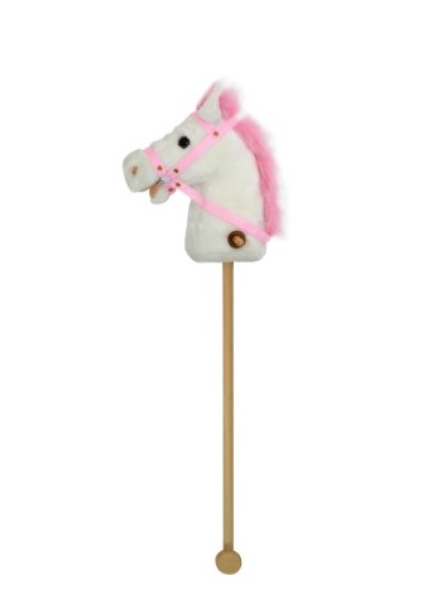 That was until yesterday, when she really made me laugh. She's in the oldest year in her school and she is the oldest child in her class, so she feels mature and feels greatly superior to the younger kids who are all the way down to three. I think she almost considers herself staff, rather than pupil these days! The younger girls are all into horses as horses are a big pastime on Funen. Given that, many of the younger girls have taken to bringing hobby horses to school to ride around the playground on at break time. They are trying to outcompete each other on sequins, bows and other fancy accessories. Amaia, of course, thinks herself way too mature and sophisticated to even consider playing on hobby horse, at 12 going on 17. So she pranced out of school and wanted to tell me scathingly about all these silly little girls and their hobby horses... She started moaning about them being young and immature and nauseatingly girly, working up to telling me about their hobby horses, when she suddenly realised she had never encountered the word in English. So in the middle of her English sentence she used the term 'kæpheste', because she had no English word for them. I guessed immediately what she must have been referring to, despite never having heard the Danish term. After all, what other kind of horse would an 8 year old girl bring to school!? Suddenly she looked worried... 'You do know what I'm talking about mum, don't you?' she asked and before I could nod she elaborated 'You know, it's kinda a decapitated horse on a stick!' That had me in stitches - the thought of a playground full of girlie girls outcompeting each other with various fuchsia and lilac-coloured 'decapitated horses on sticks' conjured up all sorts of macabre images.

It is sweet to think the kids are now so bilingual, there are also some spheres of vocabulary they only have in Danish now.