Yesterday morning in Glasgow there were four flights from the usually busy international airport. 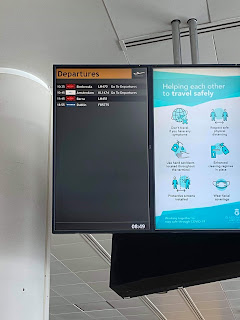 We'd managed to get a ticket for Amsterdam on a little klm city hopper plane on lastminute.com a couple of days ago but were still dubious as to whether it would be running, or whether the Netherlands was letting UK passports in. I rang Schiphol and they sent me an email saying they would let her in. There was nothing for Denmark till today so it meant an enforced Amsterdam city break but as luck would have it, the city had opened for business on Monday, so things went to plan yesterday. 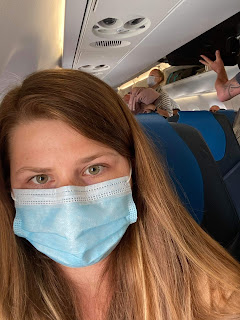 On arrival, she got into the Netherlands, no questions asked and enjoyed an afternoon of sightseeing at 27 degrees before returning to Schiphol to wait for today. 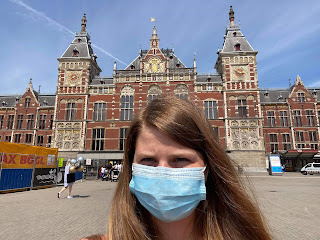 This morning was more scary. Denmark's external borders are currently closed to UK passport holders because of Corona but the rules were updated a week ago to allow family reunions. Armed with a copy of my passport, my health card proving I'm a Danish resident and a letter from me in Danish proving she's my child, Charlotte was questioned first by the Dutch police before being allowed to embark (some boarding card holders were turned back at that point) and then again on arrival in Copenhagen. 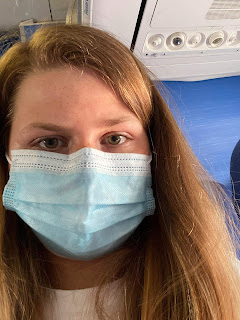 But it seems my letter did the trick as they decided they didn't need to see the rest of the proof before waving her through. So after three whole months alone in an almost empty student flat, my biggest girl baby is finally home. And maybe I'll finally get to sleep tonight, as I sure as hell didn't last night 🙄 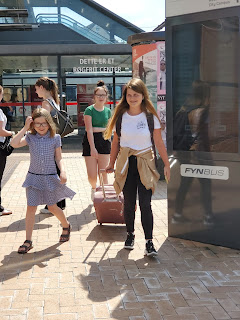