I should probably get round to blogging my holiday (in instalments, for posterity) at some point before it is next summer, but I'm just drowning in work at the moment - both work work and running the family work, of course. 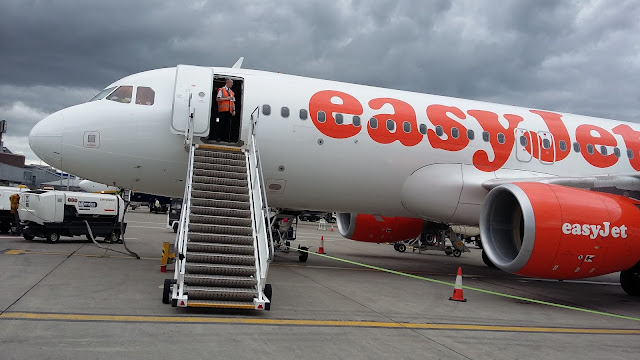 We went over to Denmark at the beginning of July. I had no real awareness of my mental state before I left for my holiday. I had been working hard trying to copy-edit a full book which was quite technical, I had been overwhelmed by the double life you have to lead in June when you are supposed to attend numerous school music and sporting events while working full-time, on top of dealing with your kids stressing about exams, teacher changes, new subjects and all the rest. In addition, there was the Brexit referendum, and I've already touched on how that was making me feel in my blog posts of that week. But I had not actually taken a minute to analyze me - there is no 'me-time' in a life with five kids and a job, not really. 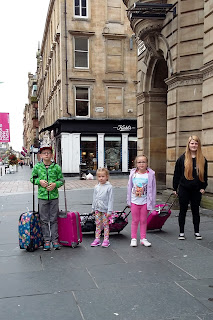 So up we got at 5-30am one day at the beginning of July and off we went for a train, a bus and then a plane from Edinburgh airport - a boring old Easy Jet to Copenhagen. I spied it across the tarmac with no obvious feelings either way - I've been on way too many planes to get excited... We went through boarding and walked across to the stairs. I hadn't been away from home since July of 2014. I hadn't left Scotland once since the Summer of Independence. As I reached the top and stepped into the aircraft, in an almost lightning-bolt moment, I became acutely aware for the very first time just how stressed I had been since the Indyref back in September 2014, with the very fears that had led me to vote Yes back then being realized in the Brexit vote of this June. I had always assumed that if we didn't gain our independence in Europe back then, England would drag us out of Europe endangering my family's very right to exist, together in the same country. I had always assumed the newspapers' desire for survival would lead them to print whatever of Farage's fantasies it took to stay afloat in a dying market and I had been proven horrendously right. Here I was suddenly facing the real possibility that my husband would not be allowed it stay in Scotland, when at the same time I would no longer be allowed to move elsewhere. My worst nightmare had come true. In an instant, as my first foot landed inside the aircraft a feeling of overwhelming relief hit me - for the first time since 18-9-14, I was escaping the madness that is the UK. I was leaving behind the worries and stresses of the politics of home and quite frankly at that moment, I never ever wanted to return. I hadn't realized how much I needed to leave until I did. I felt a euphoric lightness of mind and spirit as the plane taxied down that runway taking me away from all that stresses me, for however short a time. And to be honest, I am still not sure how they managed to get me on to the return flight three weeks later.
Posted by Phyl at 3:49 pm