Married to an immigrant 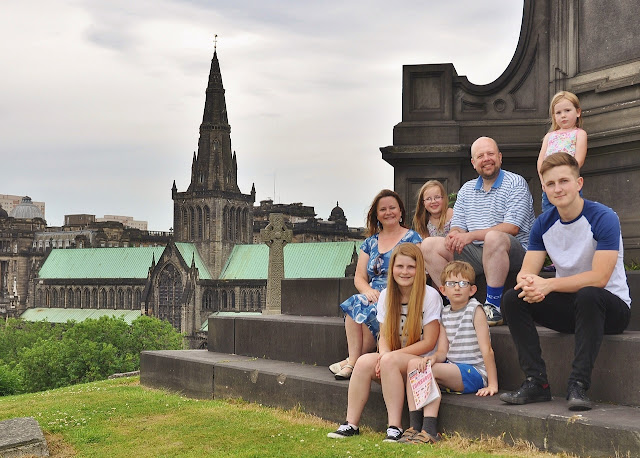 I've never thought of myself as being married to an immigrant. I don't think I have ever even thought about the word immigrant in his context but given the gutter press has been trying to tie that label around his neck for the best part of the last couple of years, I thought I would give my reaction to it.

Thomas is a Dane. But even that is more complex than it seems on the surface as Thomas's dad is a German, or was a German who is now a naturalised Dane (who happens to live in Italy!), and his mum is an Italian-dwelling Dane. He was born in Denmark as a German citizen and became a Dane later in his childhood though he has been a native Dane all his life, until fourteen years ago when he decided to become a Scottish Dane or a Danish Scot. I don't think of him as an immigrant to the UK. Nor do I think of him as a Danish ex-pat. I think of him as a fellow European. He is simply a mix of European nationalities, just as my kids and our kids are.

In truth, I have in fact been married to an immigrant for the best part of the last 25 years, because my ex-husband was also a foreign EU citizen. So some of my kids are 25% French/25%German and 50% Scottish, their siblings are 25% Danish/25%German and 50% Scottish. Every day we sit down to eat as a family and a mix of languages goes round the dining table. When family visits more languages are added and that is the reality of our life. We shuffle backwards and forwards and round and round between European destinations that are simply an extension of family and an extension of home. Our family speaks in a mix of languages, uses a mix of currencies and lives in a variety of countries but we are one – a family. I still have nieces in France, I have in-laws in Italy, I have nieces and nephews in Denmark...etc etc

My earliest memories are of a fascination with the different and the exotic. I would listen to languages I didn't know or understand, I would look at the people arriving from far-off continents in wonder and imagine their life stories, desperate to befriend them. I started school at a time before there were many immigrants in the suburbs of Glasgow. When the first Pakistani child joined my class around the age of eight, I was drawn to him. I wanted to know all about his life, where he was from, what he ate – he represented a world waiting to be discovered and I was avid to learn.

We never went abroad when I was a child so I was thirteen before I left these shores. I can still remember thirteen year old me mounting the steps of the hovercraft on Ramsgate beach in the summer of 1981. I felt like an astronaut on a trip to the moon. As everyone else discussed their mundane holiday plans around me and shouted at their squabbling kids, I sat with tears in my eyes as I achieved the first step in my life's ambition. I was going to go to mainland Europe. We stopped at a very basic café in France and ordered plain lettuce with vinaigrette (by accident!) and as my parents and brother moaned about it, I sat analysing the presentation, the taste, the newness, the wonder of lettuce in vinaigrette! I'm not sure any of them ever fully understood my obsession with Europe and the world, maybe I was just always the oddball of the family, but I was a happy oddball.

As a student I moved to Italy, then France, then Germany. I was never going to be confined to Scotland. I always assumed even at a young age that I would probably retire to France.

Nor was I ever going to marry a Scottish boy and stay here. I was always going to fill my house with the exotic, the new, the colourful. Not to disappoint, I even did it twice! Even I didn't see that coming! I once overheard Marcel's mates discussing me. They were mid-teens and he was explaining my first husband had been French and my second Danish – 'Did your mum just, like, shag her way round Europe, then?' they laughed - you've got to love the bluntness of teenagers. No, I didn't but I had a love affair with Europe and I am still having it today.

And for that reason, tomorrow fills me with a depth of dread and despair that I cannot even put into words. All the hatred and lies printed on a daily basis about these immigrants, in an attempt to stoke hatred, to split 'them' and 'us' fills me with anger and at the same time crushes me to the point I can't open a newspaper any more. I know the EU needs to evolve and could do with a bit of tweaking from the inside but leave it? I never imagined in my wildest dreams, until about three or four years ago that that possibility would be raised in my lifetime, or in my kids'. To me there is no them or us, there is just all of us.

To me voting to leave would be denying my kids' right to exist – every one of them exists because people like Thomas and people like André were free to come here and work. Because I was free to go there and work.

Tomorrow they cannot vote to legitimize the lives they already lead. Tomorrow it doesn't matter that Thomas and I have spent seven years bringing money into the country through the international company we set up. It doesn't matter that his children are UK citizens, he can't vote for their future. And what information does he have about his or our life thereafter? None. Unless you are related to an EU citizen, it may have escaped your notice but there is no information about what happens after a brexit vote. There is nothing official, just silence. There are a lot of 'oh of course they can't throw you out', 'oh of course you'll still be allowed your healthcare, schooling, bank account, child benefit...' but there is no information at all and I suspect that is because good old Boris's actual plan is let's wait and see. Let's wait and see if the other EU countries start repatriating the UK immigrants, let's wait and see if they start making the UK immigrants take out hefty insurance policies for healthcare, let's see if they bar them from benefits, let's see if France decides to play tough to keep their internal politics and the possibility of Marine le Pen at bay by making an example of the UK and then let's decide. Do you fancy living in that limbo? Do you like the idea of settling down somewhere and starting a family and then having someone change the rules of the game 14 years down the line? Can you imagine that?


So I don't need to say what I'm voting tomorrow but I can say that the rug has been pulled from under my feet, the wind taken from my sails and I will never fully recover from this blow, whatever the outcome I waken up to on Friday. I will never feel fully safe again.
Posted by Phyl at 12:48 am